Okay, first things first. From now on, I will be calling soccer its proper name. Football. Come on North America, get with the program!

Getting that out of the way, football is BIG business. It is the most watched sport in the world, and I am writing this a day before the European season ends. The final game is the Champions League Final which is set to take place on May 28th 2022 between Real Madrid and Liverpool. This game will be one of the most watched sporting events in the world. Much larger than the Super Bowl. The 2021 Champions League final brought in 700 million viewers compared to the 2022 Super Bowl’s 112 million.

Money and football have a long history. Many believe football is slowly becoming the sport for the rich now as Billionaires take over the game. It began with a Russian Oligarch buying Chelsea FC, but lately, we have seen money from the Middle East come in and spend big. Manchester City and Paris St Germain anyone? The Saudi’s actually bought Newcastle United FC, and technically Newcastle have the richest owners in world football. Paris St Germain have recently been accused of ruining football because of the Kylian Mbappe contract. 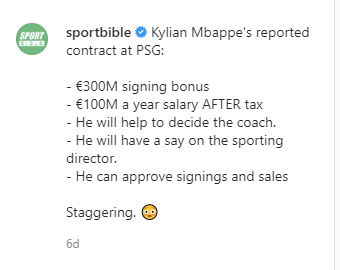 A few major headlines in recent weeks. Firstly, my beloved Chelsea FC is being bought for 4.25 Billion Pounds. This takeover more than doubles the record for the most expensive in sports history. American billionaire Todd Boehly and his consortium are taking over the reins at Stamford Bridge. Boehly also is a part owner of MLB team Los Angeles Dodgers. The important thing is that the US is beginning to pay attention to football (the European variant).

This has already occurred with mixed results. Fenway sports group, who own the Boston Red Sox and  NHL team Pittsburgh Penguins, own Liverpool FC. Very proper management and Liverpool is one of the best teams in the world right now. On the other end we have the Glazers and Manchester United. Big team, but the owners are regularly voted as the worst owners in the Premier League. Finally, Stan Kroenke, who owns the Colorado Avalanche, Denver Nuggets, Colorado Rapids, and the Los Angeles Rams, owns Arsenal FC. This Chelsea takeover is big as Boehly’s bid even beat out the bid from the UK’s richest man, Jim Ratcliffe. Now we shall see if Boehly will spend as much as the Russian and Arab billionaires!

Sport teams are great investments for billionaires. I mean let’s face it, people still will go to the games and fill seats even if the team isn’t playing the best. I have seen many fans trying to boycott football games to hit ticket sales, but tourists and foreigners are quick to pick up these seats. Going to England and watching a Premier League game is on many people’s to do list. Sports teams at this level tend to hold their value and can be sold for a larger profit.

Investing in teams in lower divisions is also becoming popular. Equity Guru’s Chris Parry invested in Altrincham FC. Hollywood actor Ryan Reynolds is just one celebrity who also invested in a football team. This time a team in Wales.

But how about investing in football teams through the stock market? I have three charts of major football teams from three different leagues which I will break down. On European markets, there are plenty of major teams listed on various stock exchanges. 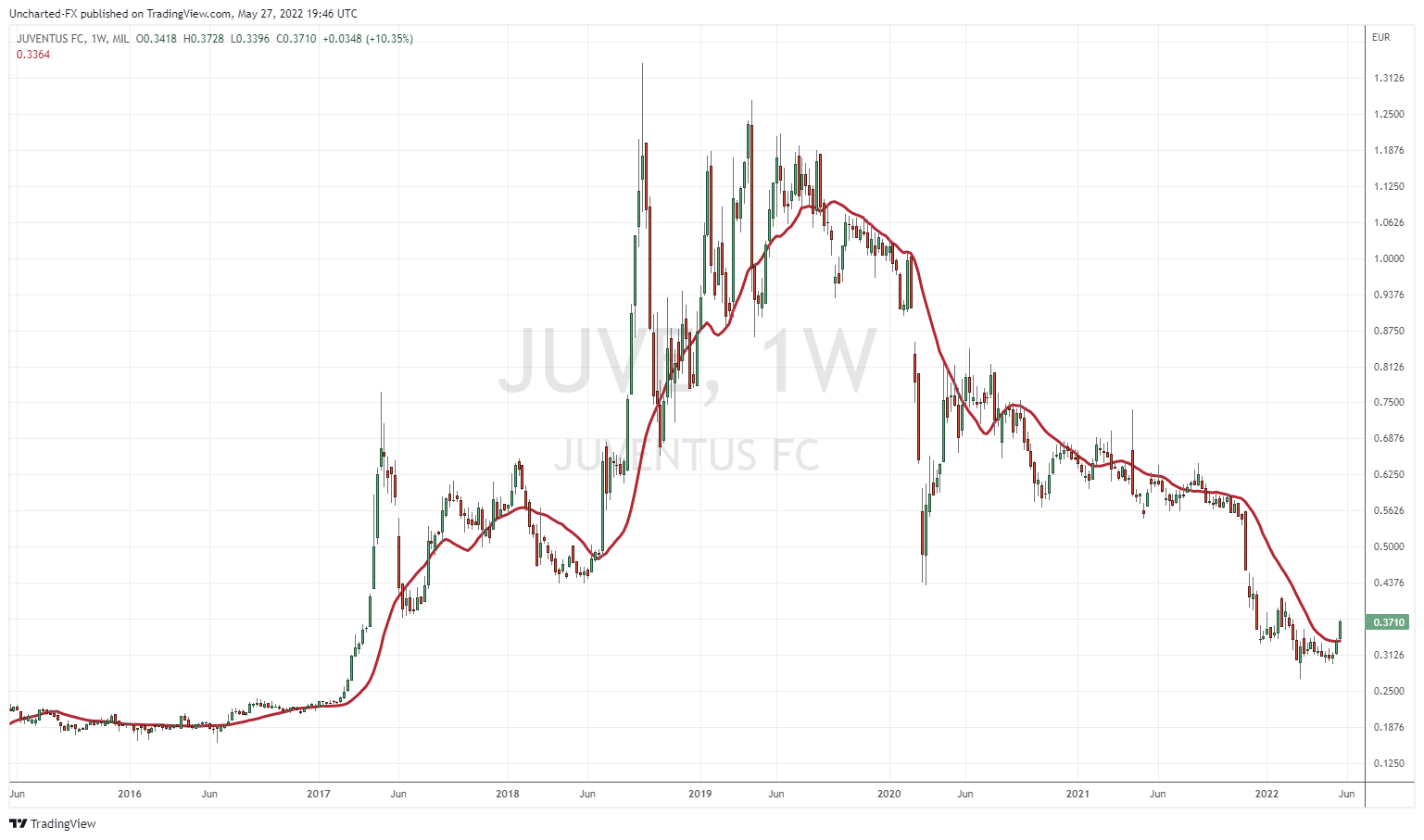 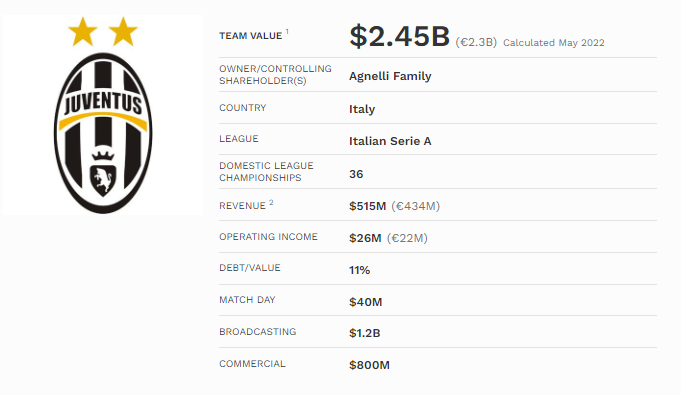 Juventus is the largest football club in Italy, and often referred to as the “Old Lady”. Their black and white jerseys are iconic. The team had one of their worst seasons recently, and will likely have to spend big to make a statement for the next season.

You can see the stock had a major pop in 2018. The Cristiano Ronaldo effect. As soon as he joined, Juventus saw a huge surge on all their social media channels and jersey sales. On the stock market, Juventus saw their market cap increase by 300 million Pounds when Ronaldo joined.

Juventus currently has a brand value of around $1.95 Billion.

The stock chart isn’t the greatest. Yes we had a nice pop when Ronaldo joined, but the stock has given up those gains. We are now trading around $0.37 Euros. As a technical analyst, I actually like the setup right now. But this would be a trade, not an investment. 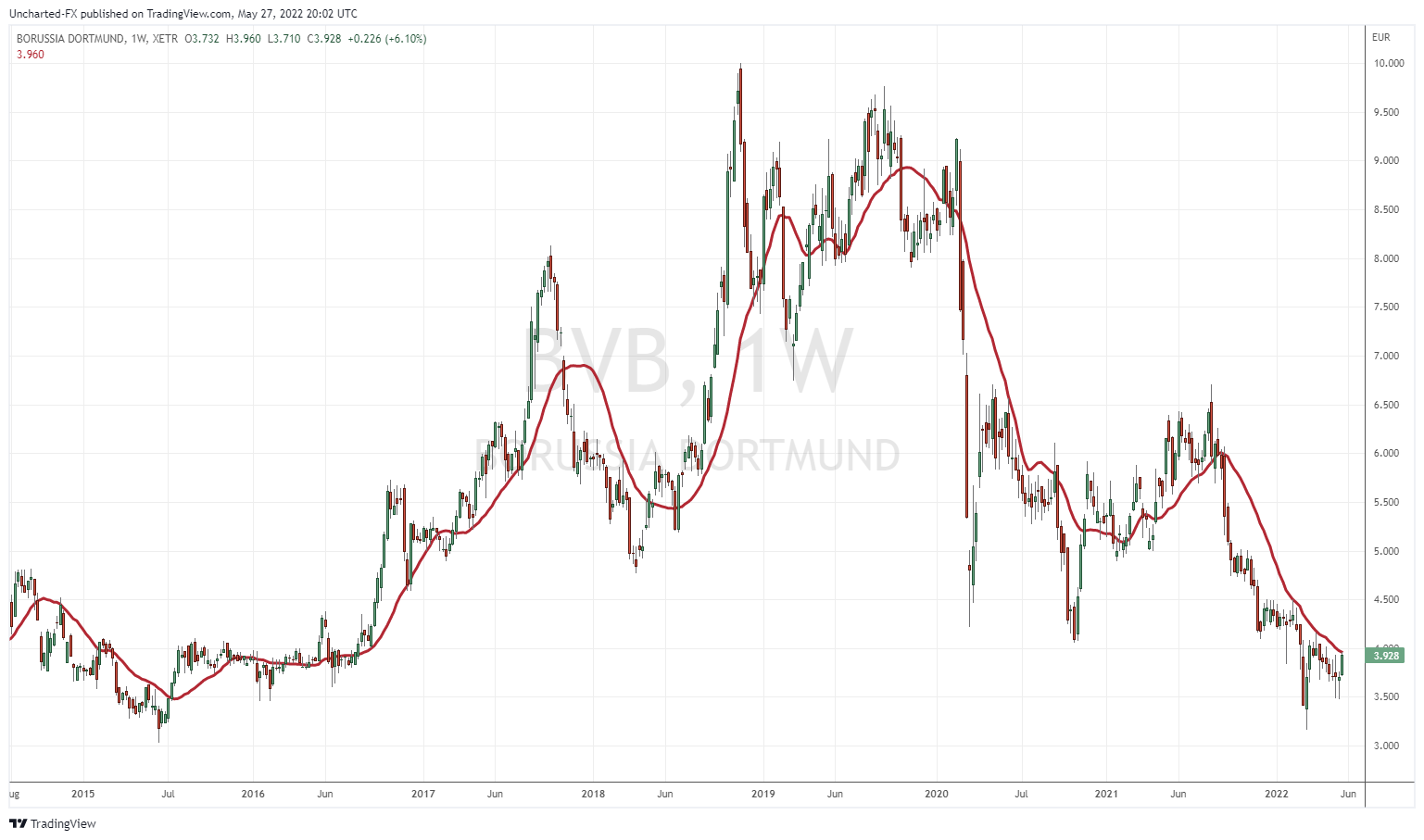 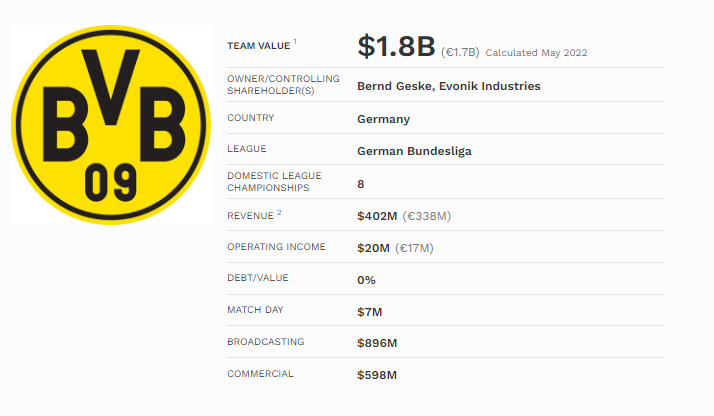 Borussia Dortmund is a German team that plays in the Bundesliga. The team is actually known as doing great business. They buy young players, develop them, and then sell them for a large profit. Some players of note are Ousmane Dembele, Robert Lewandowski, Ilkay Gundogan, Christian Pulisic, Pierre Emerick Aubameyang, and most recently, Norwegian superstar Erling Haaland.

Dortmund had a huge increase in their brand according to Forbes with a brand value now at $1.9 Billion.

Stock wise, same pattern as Juventus. Had a bit of a bump but then gave up recent gains, all though I would say Dortmund has performed better than Juventus stock. In terms of recent price action, my technical analyst eyes do see a very intriguing trade entry if we can break above 4.05 Euros.

For US traders and even Canadians who invest in US markets, you can buy shares of Manchester United. 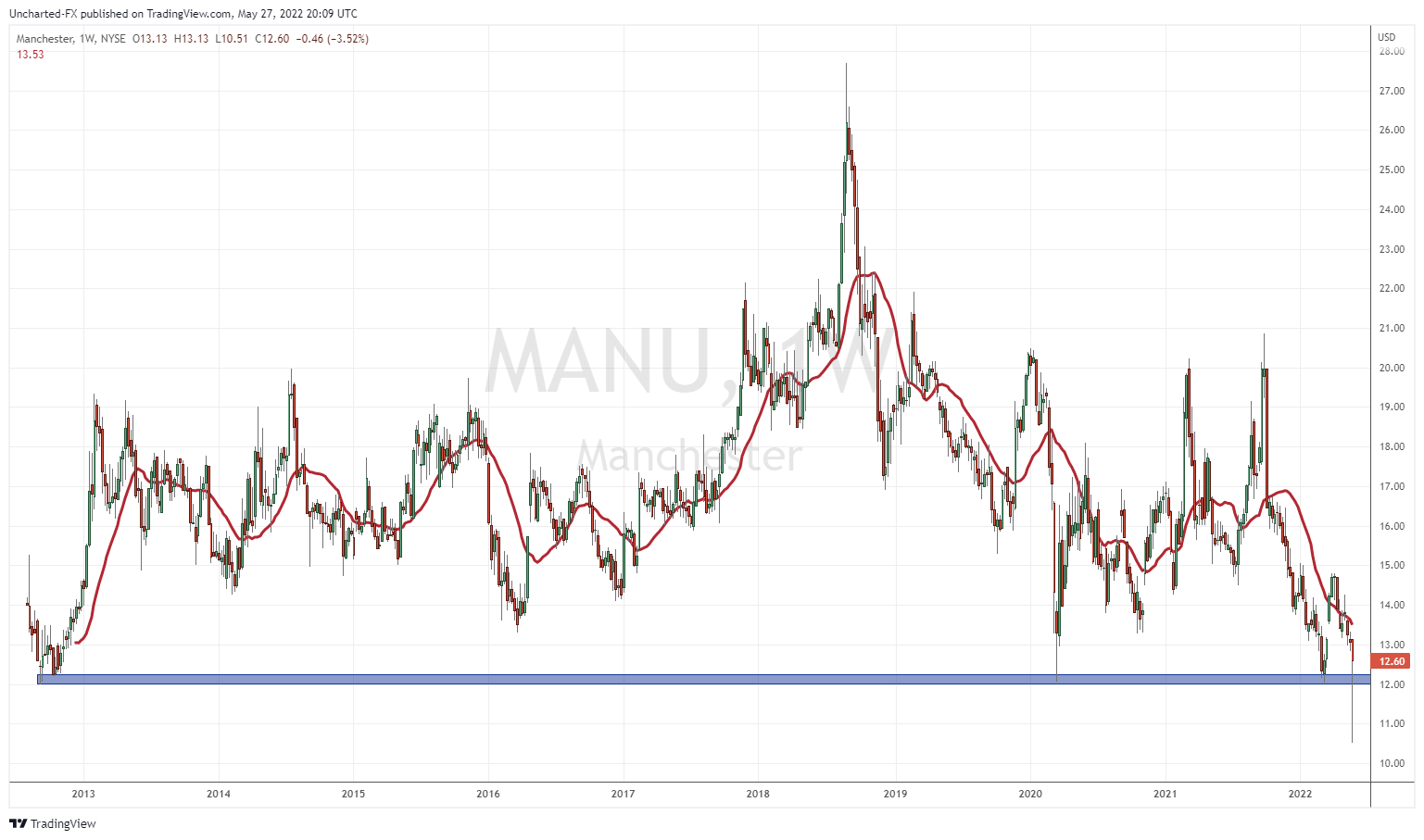 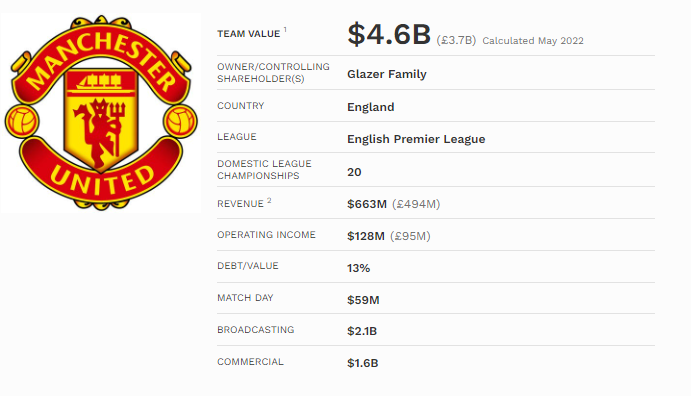 Manchester United is a juggernaut when it comes to brand value. They are one of the most famous and recognizable sports teams in the world. They are also the third most valuable team in world Football according to Forbes.

The recent season has been poor. Manchester United have not qualified for the Champions League and finished 6th in the league. Poor and disappointing performances have been a norm recently. The team spends big on bringing in players (Harry Maguire lol), but they just cannot get things clicking. The word “rebuild” is always mentioned, even though Manchester United have spent the second most amount of money in England bringing in players in the last 5 years!

On the chart, Manchester United shares made all time record lows last week hitting lows of $10.51. In technical terms, this looks like an attractive zone to buy because buyers bid the stock up in order to get a close back above the crucial support at $12.25. Watch for some more basing here, and we could have a trade to work with.

In summary, it feels great owning shares of a club you support. Watching the games and then checking how the stock prices react. However, football stocks have not performed well. Support your team by spending money on merchandise, but the stocks have had big losses as teams spend BIG. Do not mix passion and investing when it comes to football teams. When it comes to trading rather than investing long term, that’s a whole different story. Some of these chart setups look intriguing, especially Manchester United.