Burnley are not worried about missing out on Vincent Kompany as their next manager despite the Belgian being linked with interest from Ligue 1 side Nice, according to journalist Alan Nixon.

The Clarets are on the lookout for a new boss having sacked Sean Dyche towards the business end of the recently concluded Premier League campaign.

Kompany, who left his role as manager of Belgian side Anderlecht, are Burnley’s preferred candidate to take the permanent reins at Turf Moor. 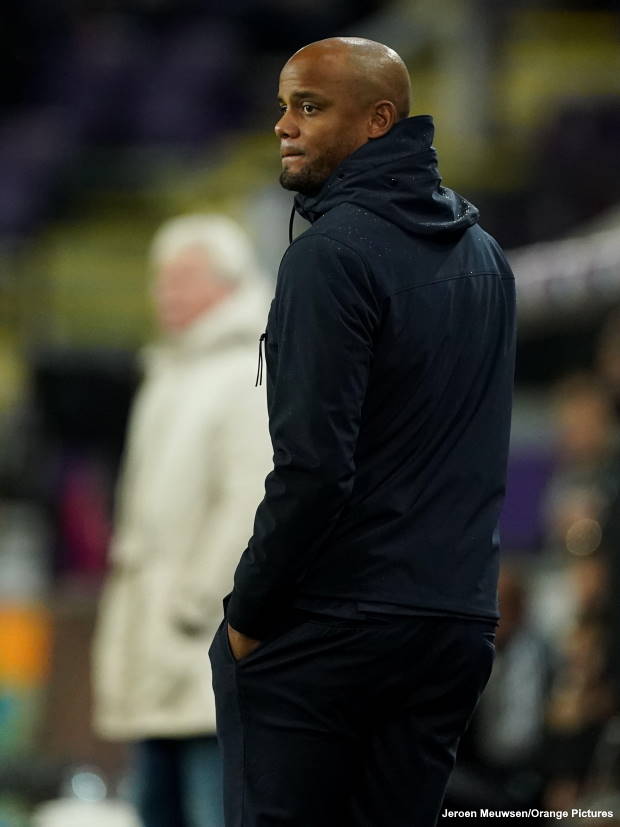 The former Manchester City star is yet to receive a work permit and as such Burnley have not been able to employ him, with talks dragging on.

However, while Kompany is trying to sort out the red tape preventing him from returning to England, Ligue 1 outfit Nice have added him to their shortlist of managerial candidates.

It has been claimed that the French side have spoken with the ex-defender over the managerial role at the Allianz Riviera.

But despite being linked with interest from Nice, Burnley remain unconcerned about their chances of hiring Kompany as Dyche’s permanent successor.

The Clarets will hope they can resolve Kompany’s situation and get him in the dugout at Turf Moor soon as they gear up for a season in the Championship.