He made 32 appearances for Hudderfield and helped the Terriers reach the play-off final.

But they were beaten 1-0 by Nottingham Forest in a nail-biting Wembley affair.

According to Fabrizio Romano, Colwill’s future at parent club Chelsea will be decided this summer.

The Blues want to sign two centre-backs this summer which could open the door for Colwill to leave. 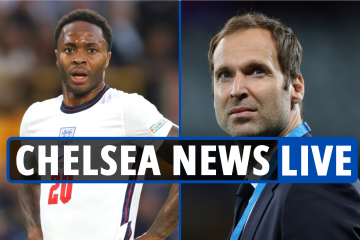 Antonio Rudiger left the club for Real Madrid on a free transfer and Andreas Christensen is expected to follow the German to Spain.

One of the defenders being eyed is Sevilla’s Jules Kounde.

The Frenchman nearly joined the Blues last summer and was left furious when the move didn’t go through.

Leicester, Crystal Palace, Brighton and Steve Cooper’s Forest are all interested in taking Colwill on a permanent transfer.

Colwill has openly stated his desire to stay and play at Chelsea.

But he isn’t afraid to leave in pursuit of regular first-team football.

He said: “For me, playing for Chelsea will always be the main aim right now because it’s my club.

“But if that doesn’t happen, well then I have to find other ways to progress and become the player I want to be.”