Connor Goldson has ended speculation about his future by agreeing a new four-year deal with Rangers.

The 29-year-old, who was set to be out of contract this summer, had attracted interest from clubs in the Premier League and Sky Bet Championship but has turned down those approaches to remain at Rangers.

Goldson has been ever-present in the team since joining from Brighton in 2018 and lifted the Scottish Cup with Rangers at the end of the season and played a key part in the club’s run to the Europa League final.

Manager Giovanni van Bronckhorst told the club’s website: “I am delighted Connor has agreed to remain a Rangers player, as he has been fantastic for me both on and off the pitch since I arrived.

“His leadership is outstanding, and he is a huge influence on so many players around him, while his consistency of performance means he is someone I can always rely on.

“I am really looking forward to seeing Connor back for pre-season in a couple of weeks and to working with him again next year.” 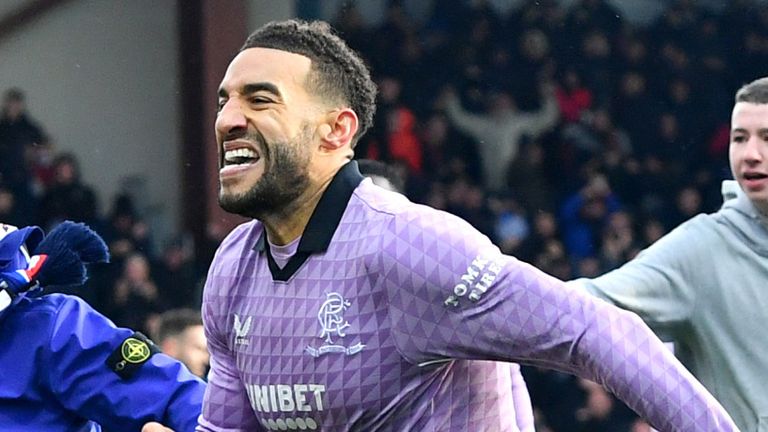 Sporting director Ross Wilson added: “Connor is an important player in our group and we are delighted that following all of our discussions, he has decided to commit his long-term future to Rangers.

“We have a strong relationship with Connor and we were always aware that this decision was a really important one for Connor and his young family, and we were prepared to respect the time for him to make the right decision for all concerned.

“I know how strong his feeling is for Rangers and we look forward to continuing the journey with him. With Connor committing his future and John Souttar also officially joining Rangers today we have assembled a strong defensive unit.”

Swiss striker Cedric Itten has left Rangers and returned to his homeland to join Young Boys for an undisclosed fee.

The 25-year-old signed for the Ibrox club on a four-year contract in the summer of 2020 but has been allowed to depart after being unable to command a regular starting place.

Itten, who scored nine goals in 49 appearances for Rangers, spent the first half of last season on loan at German club Greuther Furth and has now left Govan on a permanent basis.

Who will be on the move this summer when the transfer window opens on June 10 and closes at midnight on September 1 in Scotland?

Keep up-to-date with all the latest transfer news and rumours in our dedicated Transfer Centre blog on Sky Sports’ digital platforms. You can also catch up with the ins, outs and analysis on Sky Sports News.