Overlooked for much of the final Asian qualifying round for this year’s World Cup, Wednesday’s final win over Glasgow Rangers gave Japan manager Hajime Moriyasu a timely reminder of the playmaker’s talent half a year before the tournament in Qatar.

“There are only two or three Japanese players who are playing at clubs above (the level of) Frankfurt,” a jubilant Kamada said after his team won the title on penalties in a sweltering Seville. 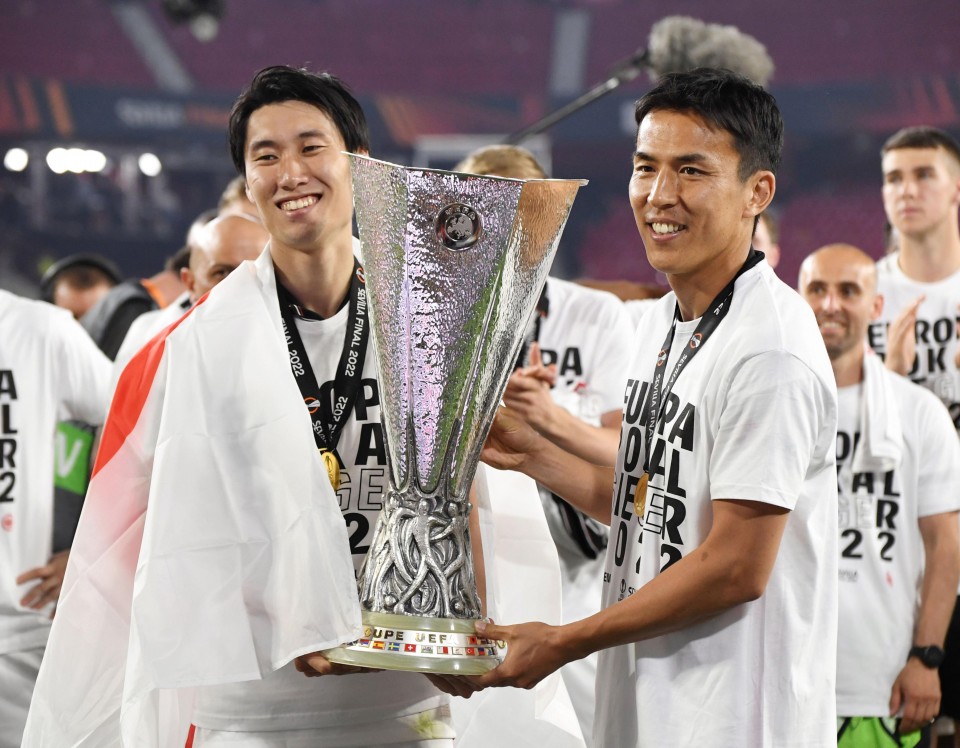 “I’ve always been underrated. I’ve managed to get back at people who think I can’t achieve things.”

The national team selection marks something of a return to favor for Kamada, who started Japan’s first three final qualifying games last year but was replaced in the second half of each as Samurai Blue lost twice in a nightmare start to the round.

A change in formation saw Japan win the next six games to clinch their berth in Qatar before finishing with a draw. Kamada lost his spot in the lineup in the process, remaining on the bench for three games before he was left out entirely for the last four.

With his national team aspirations taking a hit, Kamada focused his energies on his club and the 25-year-old’s five Europa League goals were more than any other Frankfurt player in the competition, with his last coming in the first leg of the semifinal away to West Ham.

Kamada did not score in the final against Rangers, with his lobbed effort in the second half dropping just over the bar.

But his silky touches provided much-needed tempo to their attack and he converted his penalty off the post as their third taker in the shootout win. 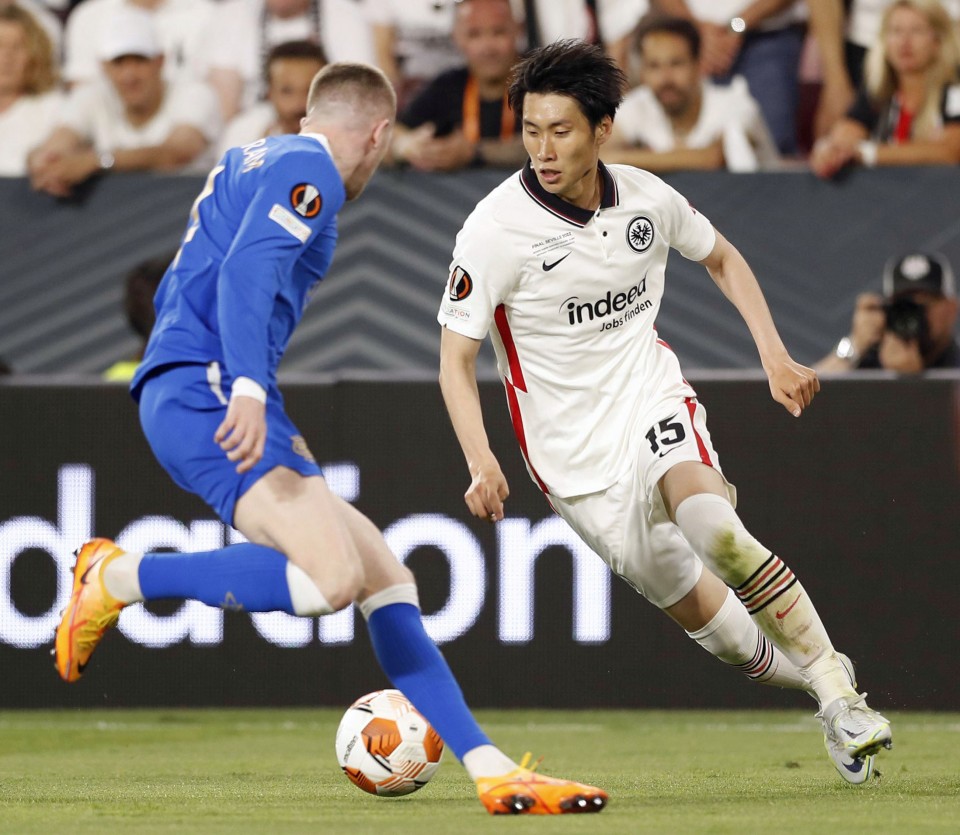 Daichi Kamada (R) of Germany’s Eintracht Frankfurt dribbles the ball during the second half of the Europa League final against Scottish side Rangers on May 18, 2022, in Seville, Spain. (Kyodo)

“This is the moment in which I have been rewarded for the first time in my football career. I’m happy to have become part of (Frankfurt) history,” he said as the team claimed the title they last won in 1970.

With the four internationals in June, including one against a likely full-strength Brazil on the 6th, Kamada now has opportunities to show Moriyasu his worth ahead of Japan’s appearance on soccer’s biggest stage in November and December.

“I always play with pride (for the national team),” he said.