Did Not Know What To Do To Get Into Tottenham Team, Out-of-favour Spurs Man Admits

Steven Bergwijn has revealed he does not know what more he could have done last season to impress Antonio Conte and get into the Tottenham Hotspur starting eleven.

Ajax want to sign the winger this summer but their first bid was rejected by Spurs who want €25m from his departure.

The Dutchman is clear about wanting to move on from the north London club this summer and conceded that he cannot afford to have one more season like the last one where he was a bit-part player. 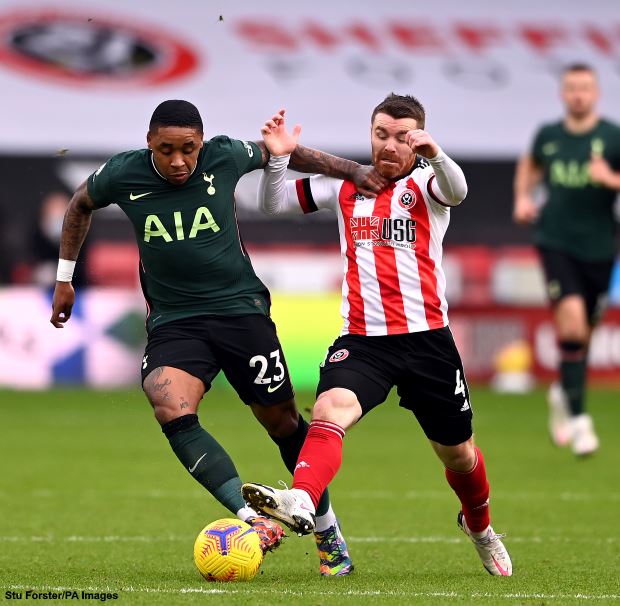 Conte refused to sell the winger in January when Ajax again wanted him and the player stressed that he does not feel cheated by the Spurs boss despite him blocking the move six months back.

However, he conceded that he did not know what he could have done more last term to get more opportunities in the starting eleven as he did contribute in the limited opportunities the Spurs boss provided him.

Asked about Conte not wanting to sell him in January, the winger told Dutch daily De Telegraaf: “We have talked about that but no, I don’t feel cheated.

“I respect his choices and I have no problem with him at all.

“In the games, I came in, I showed what I can do, scored goals and provided assists.

“At a certain point, I didn’t know what to do to get into the starting eleven but I never created any problems.

“But now it is time to leave.

“You can say that my suitcase is already packed. I cannot afford another season like this.

“And it was also mentally heavy.”

Tottenham are prepared to let him go and are waiting for Ajax to match the asking price.