Jonathan Barnett, the agent of Ruben Loftus-Cheek, has insisted that at present there is no substance to claims that the Chelsea star is keen on a move to Serie A giants Lazio.

Biancocelesti coach Maurizio Sarri is keen on bolstering his midfield in the summer and Loftus-Cheek, his former charge at Chelsea, is a name that is high on his transfer wish list.

It has been claimed that the Blues midfielder is keen on reuniting with the Italian and is open to a move to the Italian capital. 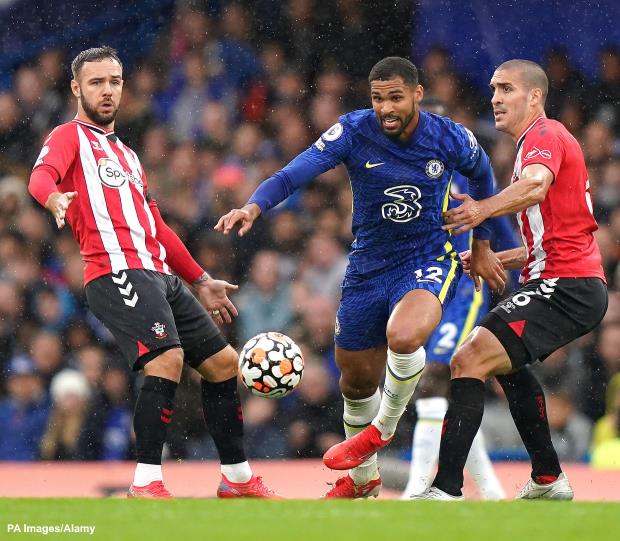 However, Loftus-Cheek’s agent Barnett has played down claims that his client would love to join Lazio, and insisted such speculation means nothing, at least for now.

Barnett added that even though Chelsea are going through a sea-change, they are still a top club and it would be difficult for Loftus-Cheek to part ways with them.

“He and Sarri have an excellent relationship, but for the moment there is nothing”, Barnett told Italian daily Tuttosport while addressing claims that Loftus-Cheek would love to join Lazio.

“Despite the club being in a transformative phase [owing to a change in ownership], Chelsea are still a top club.

“It is difficult to leave such a club.”

Loftus-Cheek is contracted at Chelsea until the summer of 2024, and will look to nail down a starting role under Thomas Tuchel as he oversees a rebuilding process at the club.