from Arsenal to Chelsea and Leeds


Some Premier League assistants have worked with their manager counterparts a decade or more. One set met at Liverpool. Another was at Chelsea.

ARSENAL – Albert Stuivenberg
Joined from: Wales
In: December 2019
Previous experience: Genk, Manchester United, Netherlands
How he met the manager: Through former technical director of the Welsh FA, Osian Roberts, who was Arteta’s Pro Licence course mentor.
What the manager has said: “I met him a few years ago through another coach, but obviously he’s a coach I knew before because of his reputation and who he’s been working under. We have a really good connection, we have the same beliefs, we see the game in the same way, we share all of the values that we believe have to be installed at the club and he’s someone that is very close to me, he’s more than capable” – Mikel Arteta.

ASTON VILLA – Neil Critchley
Joined from: Blackpool
In: June 2022
Previous experience: Blackpool, Liverpool
How he met the manager: In the Liverpool academy set-up. When Critchley took over the club’s U23s in April 2017, Gerrard replaced him as U18’s manager.
What the manager has said: “Neil was my number one choice when looking for a new assistant head coach. He is a fantastic coach who I have obviously worked with before and know his qualities. We look forward to welcoming him to Aston Villa” – Steven Gerrard. 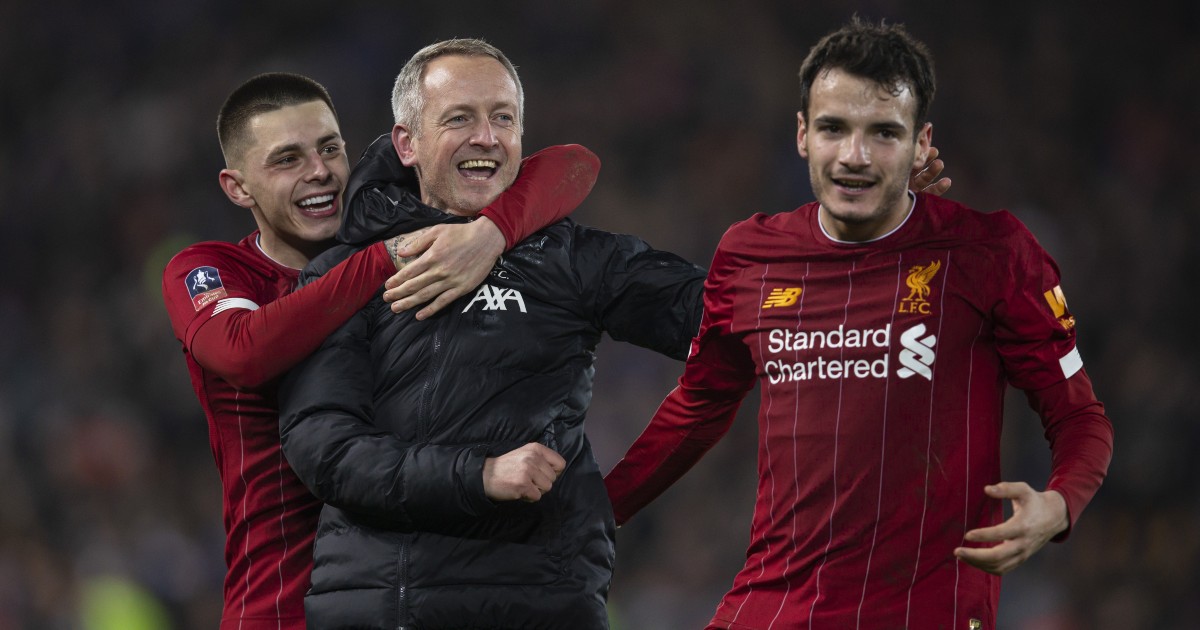 BOURNEMOUTH – Matt Wells
Joined from: Fulham
In: June 2021
Previous experience: Tottenham
How he met the manager: The pair worked together in the Tottenham academy set-up, then linked up when Parker went on to manage Fulham and now Bournemouth.
What the manager has said: “He’s massive. Without him I would be half of the person I am. That’s part and parcel of having teams and I am fortunate enough that I have an amazing support network around me and my staff. Matt is one of them and I have built up a very good relationship professionally, first and foremost, when we first met at Spurs under-18s. Professionally there is a very good working relationship and then outside of that of course, I think we both complement each other really well. He’s a massive driver for what we do, what we have done together – along with the other guys as well, to be honest with you. He is the main reason why I am able to do what I can do – we work with each other very well” – Scott Parker.

BRENTFORD – Brian Riemer
Joined from: FC Copenhagen
In: October 2018
Previous experience: Hvidovre IF, Norwich
Where he met the manager: While working together at Hvidovre IF in the early 2000s.
What the manager has said: “Brian has had a huge impact in the success we have had in the last three years. His knowledge of the game and especially the defensive side of the game have turned us from one of the worst defensive sides in the Championship to one of the best and now we are in the Premier League. Brian is a real people person and gets on so well with players. He plays a key role in the way we develop and improve individually and collectively, and it is great news that he is with us. I think Brian is an insanely good coach and maybe one of those who does not run so much with the headlines, because he is of course an assistant coach, but he is a huge part of our success over here. He has a huge, huge stock in it. He is a really good trainer on the training field with many and good details on everything that needs to be trained. He is insanely good at developing players and for one-on-one interaction on and off the field. He has the main responsibility for the defensive in relation to training and evaluation of the team and does a top job there. When talking about coaches abroad, he counts. It’s not just me as the so-called chief” – Thomas Frank.

BRIGHTON – Billy Reid
Joined from: Swansea
In: May 2019
Previous experience: Ostersunds, Hamilton, Clyde
Where he met the manager: In November 2013 at Ostersunds.
What the manager has said: Not a great deal in public, actually. Sounds about right considering they’ve worked together for almost a decade.

CHELSEA – Arno Michels
Joined from: Paris Saint-Germain
In: January 2021
Previous experience: Borussia Dortmund, Mainz, Morbach, LR Ahlen, Eintracht Trier
Where he met the manager: During their respective coaching courses.
What the manager has said: Again, Thomas Tuchel himself does not seem to have openly discussed their working relationship, but The Times reported the following in May 2021, four months after their appointment at Chelsea:

‘After their successful stint at Mainz ended, Tuchel was adamant Michels would be his assistant wherever he went, valuing his loyalty and work ethic, as Michels is often the one who sets up training exercises and does a lot of the little things involved in the day-to-day operations of a coaching staff. The relationship between the two is so close that Michels once called it a “second marriage”.’

Tuchel and Michels share the same philosophy – incisive, quick attacking football and implement that style on the players they have at the club.

Michels was a former DM and has been manager twice at SV morbach. pic.twitter.com/5x5KF7U3aO

CRYSTAL PALACE – Osian Roberts
Joined from: Morocco
In: August 2021
Previous experience: Wales, Porthmadog, New Mexico Chiles
Where he met the manager: Roberts oversaw the Welsh FA coaching qualification programme on which the “studious” Vieira earned his badges.
What the manager has said: “His knowledge of the game; his coaching experience; knowing the Premier League and British football really well, and the most important thing is that we are sharing the same philosophy of football” – Patrick Vieira.

EVERTON – Joe Edwards
Joined from: Chelsea
In: January 2022
Previous experience: England
Where he met the manager: At Chelsea, when Edwards was a youth coach and Lampard still a player, Edwards took a smaller training session when most of the first team and staff was away. Lampard enjoyed the session and stayed in touch with Edwards, who he then promoted to a first role at senior level as an assistant Chelsea coach in summer 2019.
What the manager has said: Nothing from Lampard just yet, but Tuchel said the following upon his Chelsea departure:

“Unfortunately he left us, it was a huge chance, a big opportunity for him. We are sad that he left but at the same time, for his kind of quality and personality, we couldn’t offer what he was offered at Everton. In terms of responsibility, being on the sideline, doing in-game coaching, in-game decisions about substitution, change of formation. He was not in that role here. He has all the quality and personality for it.”

FULHAM – Stuart Gray
Joined from: Sheffield Wednesday
In: December 2015
Previous experience: Portsmouth, Burnley, Northampton, Wolves, Aston Villa, Southampton
Where he met the manager: Gray was already at Fulham, becoming first-team head coach to Slavisa Jokanovic initially, then leaving in summer 2018, only to return as Parker’s right-hand man in March 2019.
What the manager has said: Not much, but Gray helped ensure Marco Silva’s arrival went as smoothly as possible, taking first-team training until his appointment last July. He is also thought to be behind their improved defensive organisation.

LEEDS – Cameron Toshack
Joined from: Pafos
In: February 2022
Previous experience: Swansea
Where he met the manager: After leaving Cypriot First Division side Pafos in 2020, Toshack visited numerous coaches around the world. Marsch was among those, the American granting him “full access” for a week.
What the manager has said: “Cameron has been very good organisationally and helping us understand the league and the different nuances of planning and organising and all that. He is very observant, he understands how to inject himself in the right way. He has a good way of relating with people” – Jesse Marsch.