Jesus joined the reigning Premier League champions in January, 2017 from Sao Paulo based club Palmeiras and had a hand in every single league title the Cityzens have won under Pep Guardiola.

The Brazil international, who can play all across the forward line, worked with current Gunners boss Mikel Arteta during the time he served as Guardiola’s assistant until December 2019. 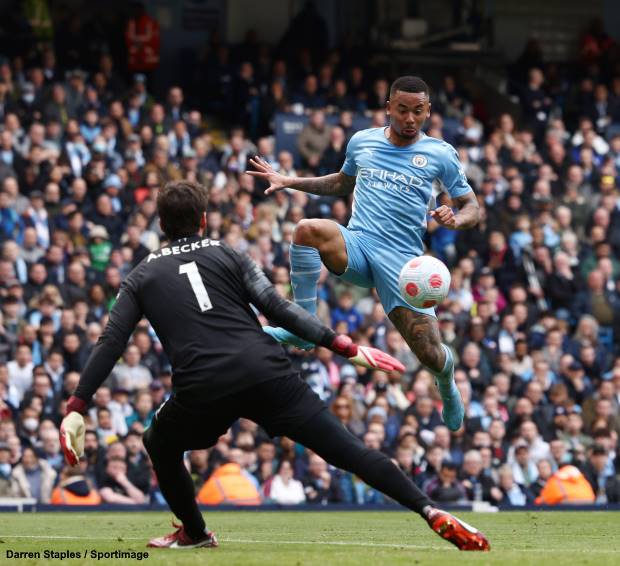 Jordan stressed that though the 25-year-old scored nowhere near enough goals to be considered prolific during his time in Manchester, he could prove to be a decent signing with the kind of creative players the Gunners currently possess and are actively targeting this summer.

“Clearly, Arteta knows him [Jesus] because he’s worked with him at Man City. Clearly, the boy was good enough to play at Man City”, Jordan said on talkSPORT.

“There is an argument, if you can’t score goals in a team like Manchester City at a level that resembles prolific, then you’re going to find it difficult to score goals anywhere.

“But, notwithstanding that, if you start getting players like Raphinha into Arsenal’s side, that can create and you’ve got [Martin] Odegaard in there as well, I think it’s a decent signing.”

Jordan pointed out that Jesus is a very different player from Danny Welbeck, who did not turn out to be the goalscorer the Gunners hoped for, and that proper coaching and decent service could help the Brazilian notch 20 goals or so every season, which would be a decent return in his opinion.

“I don’t think he falls into the category of once-upon-a-time signing Danny Welbeck and potentially hoping that he was going to be a prolific goalscorer”, he added.

“I think if Arteta works with this boy, and they can provide him some decent service, I wouldn’t be surprised if he does score 18, 19, 20 goals and on a £45m investment, one in two ratio of goals, not bad!”

Jesus made 41 appearances in all competitions for the Etihad outfit in the recently concluded season, registering 13 goals and 12 assists along the way.