NATHAN COLLINS is in line to become the most expensive Irish player of all time this summer.

If Burnley agree to sell Collins, the fee is expected to break the 14-year-old record set when Liverpool bought Robbie Keane from Tottenham.

SunSport revealed last week that Wolves and Leicester City were battling it out for his signature.

Brentford have become the latest club to express an interest in the defender who is also liked by Aston Villa, Leeds United and Newcastle United.

But Wolves are seen as the frontrunners and are expected to make a formal offer if, as anticipated, Ruben Neves is sold with Chelsea among his suitors.

Leicester are also looking to sell, with Arsenal target Youri Tielemans the most obvious candidate, before making an official move. 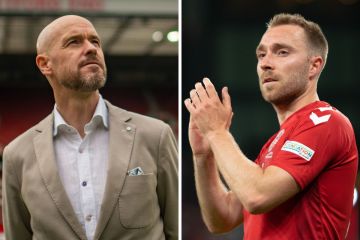 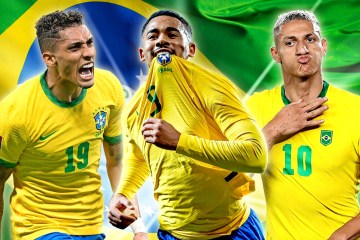 It has been reported in England that Burnley are seeking £40million for Collins but there is little prospect of them obtaining that for a player who cost them just £12m a year ago.

Initial bids for the ex-Stoke City player are likely to start below the £19m Liverpool paid for Keane in 2008, before selling him back to Spurs for £12m just six months later.

But they will almost certainly be rebuffed by the Clarets.

It is thought an offer of at least £20m will be needed to land the Leixlip native, who shone in Ireland’s Nations Cup matches at the end of the season which included a stunning solo effort in the 1-1 draw against Ukraine.

Most read in English Premier League

BETTING SPECIAL – GET €50 IN FREE BETS WITH BOYLESPORTS

Although an Irish record, at 21, the former Cherry Orchard schoolboy is seen as having scope for further improvement and, hence, a potentially high resale value.

And it is modest in Premier League terms with Harry Maguire becoming the dearest defender in the English top flight three years ago when Manchester United paid £80m for his signature.

But Luke McNally, 22, was undergoing a medical yesterday as they edge closer to signing him from Oxford United in a £1.6m deal.

That will net former club St Pat’s approximately €300,000 because of a clause negotiated when he moved to England in January 2021.

And Vincent Kompany is also keen to land another centre-back, Manchester City’s Taylor Harwood-Bellis, whom he had on loan at Anderlecht last season.