Jack Grealish hits back at critics of his celebrations by saying ‘I’ve just won the Premier League, it’s a dream come true’ with England’s poster boy ’embracing’ attention… and insists he ‘performs’ when he’s content ‘on and off the pitch’

By Michael Rudling For Mailonline

Manchester City star Jack Grealish is enjoying his role as England poster boy, ‘no matter what anyone says.’

The 26-year-old’s celebrations after City were crowned Premier League champions have been widely covered. He was pictured drinking during the club’s open bus parade before holidaying in Ibiza.

He is now back with the England team preparing for Nations League games against Hungary, Germany and Italy. 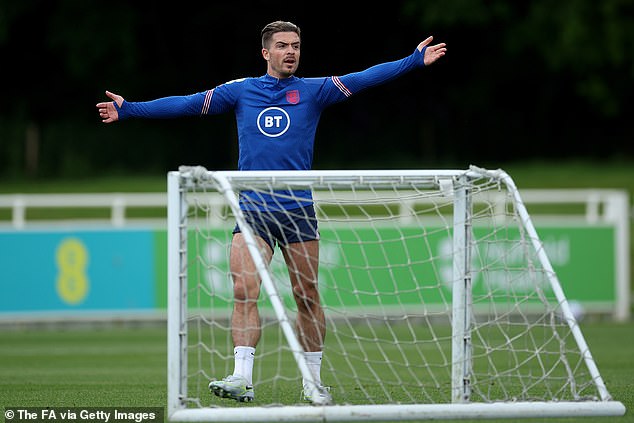 ‘I know people were saying last week, “Oh, he’s doing too much”. But what? I’ve just won the Premier League. It’s a dream come true. Why can’t I go on holiday?’ Grealish told The Mirror.

‘There’s people that are at England with me now who went to Vegas, Ibiza, Marbella, all these places. No one said a word, but because it was me, people were saying things.’

He continued: ‘I’m doing what I have loved doing my whole life. I’m the most expensive British player but I’m also the Jack from Solihull who my friends and family know. I’ll never let that leave me, no matter what anyone says.’

Grealish scored just three times in 26 Premier League appearances for City last season as they pipped Liverpool to the title, but has become a key part of Gareth Southgate’s England set-up. 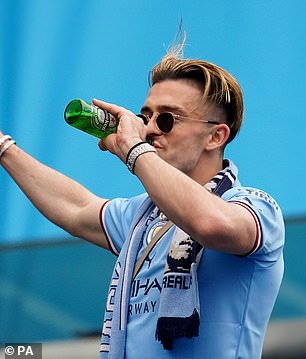 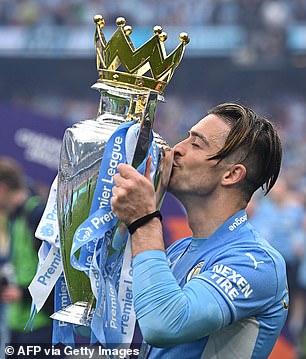 He said: ‘It’s fine (being England’s poster boy). It is what it is. If that’s what people think, that’s fine. I think it’s a good thing to have – and you just have to embrace it,’

‘I try not to let anything get to my head. It’s all about enjoying it, as long as I’m enjoying myself, playing football and enjoying life off the pitch even; then I will perform well. Fingers crossed I can do that over the few weeks and few games.’

‘I love training, playing with the lads. It’s such a good bunch. We always look forward to playing with each other.’

England kick off their Nations League campaign against Hungary on Saturday.