Leeds United have slapped a high asking price on Raphinha’s head despite being prepared to sell him this summer, according to The Athletic.

The Brazilian winger wants to leave Leeds even in the wake of the Whites managing to survive in the Premier League on the final day of last season.

Barcelona are interested in signing him and Raphinha is claimed to have already agreed on personal terms on a contract with the Catalan giants; it has since been suggested though their interest has cooled. 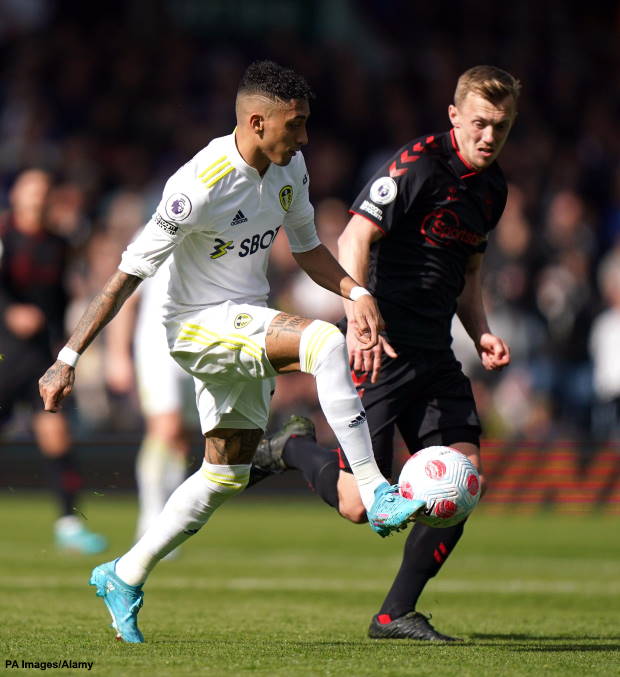 Leeds are sympathetic to Raphinha’s desire and are willing to let him go as long as their valuation is met.

But it has been claimed that Leeds have set the bar high for any club to sign the winger this summer; he also has interest from rival Premier League clubs.

Leeds are claimed to be wanting anywhere between £60m to £70m before agreeing to let the player go in the upcoming transfer window.

Raphinha has two years left on his contract and with Leeds still in the Premier League, the club are in no mood to accept knockdown offers.

Leeds are aware that his price could come down significantly next year when he will only have 12 months left on his contract.

But the Whites want to maximise their profits and want four times the money they paid to Rennes to sign Raphinha in 2020.