Celtic legend Chris Sutton is of the view that centre-back Carl Starfelt’s injury could force the Hoops’ hand in the transfer market.

The Hoops centre-back was carried off the field in the Nations League match between Sweden and Slovenia earlier in the week with a suspected hamstring injury.

Starfelt revealed that the injury does not look bright for him and he has now been sent back from the Sweden camp, meaning he misses the next three matches planned for the Swedes this month. 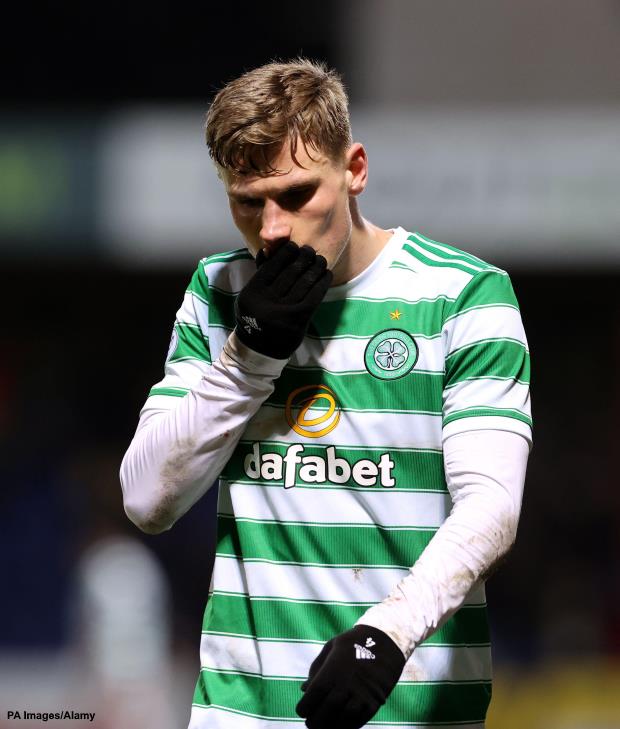 Sutton believes the injury must have startled Hoops boss Ange Postecoglou on his holiday and added that it could mean Celtic will have to think about roping in another centre-back in the transfer window.

“Postecoglou must have spat out his pina colada when he heard the news”, Sutton wrote in his Daily Record column.

“After a season of rotten luck on the injury front, his centre back suffering a bad on one international duty was another dose of serious misfortune.

“At least it’s June and the season is still almost two months away.

“But it would still be a major blow if the Swede was to miss the big kick-off and it might force Celtic to think about the transfer market.”

The Celtic legend stressed that Starfelt has won over a lot of his doubters, to the point that they are now worried about his injury, and if he remains out for a long amount of time the Bhoys may be forced to think of options.

“Starfelt won over the doubters and I’ll bet most of those same fans who were dismissing him last August are now hugely worried if his injury turns out to be long term”, Sutton added.

“If he is ruled out for a sizeable chunk of time then Postecoglou might have to consider his options.”

Starfelt made almost 50 appearances for the Hoops last term in all competitions and played an integral part in helping them win a domestic double.

He played in every league game for the Celts this year and the club will be hoping his injury is not long-term so that he is involved in the beginning of the season.