Napoli hitman Victor Osimhen could be tempted by Newcastle United, provided they offer him a lucrative contract, even though he prefers a move to a side that can offer him Champions League football.

Signing a new striker to bolster their attacking department is a priority for Newcastle in the summer and they are currently closing in on a move for Reims youngster Hugo Ekitike.

The 19-year-old is among the highly rated up and coming talents in Europe and his signing would be in line with Eddie Howe’s ambitions to recompose his squad with young stars, although they also want to recruit quality players with experience. 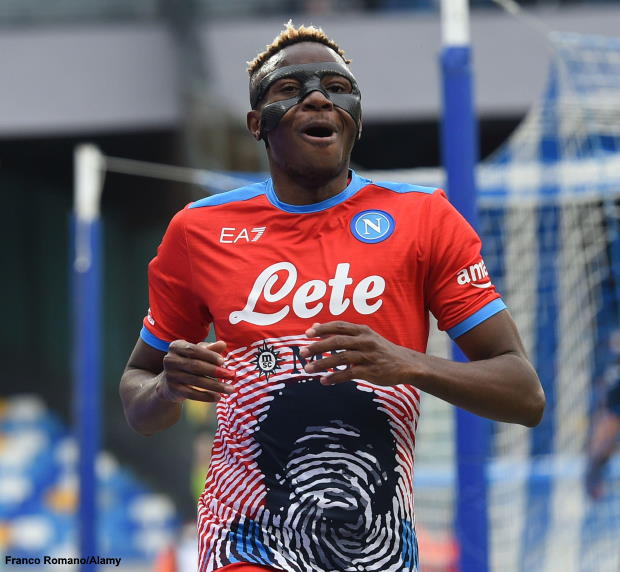 However, despite being on the verge of sealing a deal for one of their top targets in the Frenchman, Newcastle have also been linked with Napoli marksman Osimhen.

The Nigerian is a key player at the Stadio Diego Armando Maradona, but club supremo Aurelio De Laurentiis is claimed to be open to selling him for a mammoth offer that exceeds the €100m mark.

And according to Italian daily La Repubblica, Osimhen would not rule out joining the Magpies if they approach him with a bumper offer, even though he prefers to move to a club that are playing in the Champions League.

The newly rich Newcastle are claimed to be not put off by Napoli’s steep demands for Osimhen’s services, and they are expected to slap in a huge offer if they enter talks over signing him.

Osimhen sees the prospect of playing in the Premier League as one that appeals to him and it remains to be seen whether Newcastle will push for him this summer.