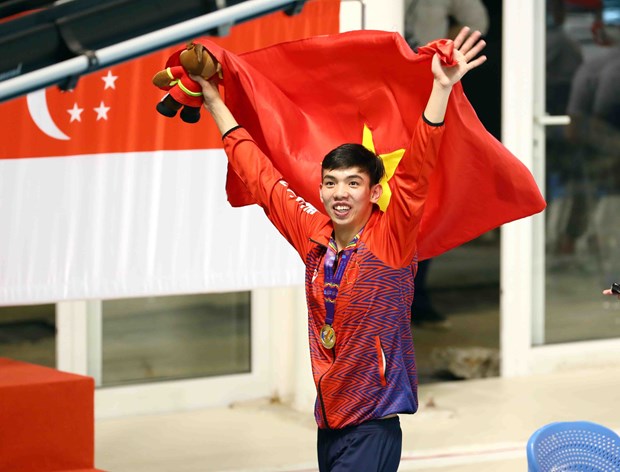 Hanoi (VNA) – As many as 305 outstanding athletes have been honoured with the Prime Minister’s certificates of merit for their excellent performances at the 31st Southeast Asian Games (SEA Games 31), according to a decision signed on May 27.

Besides, a proposal to present the Labour Order to individuals and sports teams who won gold medals at the regional biggest sports event has been submitted to the President for approval.

Accordingly, the would-be recipients of the second-class Labour Order are swimmers Nguyen Huy Hoang and Tran Hung Nguyen, together with canoeist Nguyen Thi Huong and runner Nguyen Thi Oanh. They all bagged at least three gold medals at the recently concluded Games hosted by Vietnam.

The would-be recipients of the third-class Labour Order are the national U23 men’s and the national women’s football teams, and 19 athletes in gymnastics, swimming, canoeing, athletics, dancesport, finswimming, rowing and weightlifting.

With 40 sports, SEA Games 31 took place in Hanoi and 11 nearby localities from May 12-23. The biennial event was initially slated for late 2021 but delayed due to the COVID-19 pandemic.