Premier League captains will make a final decision on whether or not players will continue taking the knee ahead of Friday’s season opener between Crystal Palace and Arsenal.

Captains of the 20 Premier League clubs discussed whether they wanted to keep the gesture last Thursday but did not arrive at a decision.

They instead decided to once again confer with their team-mates before a final decision is made.

Top-flight players have performed the anti-racism gesture to raise awareness following the murder of George Floyd by former Minneapolis police officer Derek Chauvin in the United States in May 2020.

Players decided to introduce the gesture when the Premier League restarted after the enforced break due to the COVID-19 pandemic.

Prior to the start of the 2021-22 season, players from all 20 Premier League clubs said they would continue to take the knee as a symbol of their “unity against all forms of racism”.

The Premier League have given the captains and players the power to make a final decision and will give their full backing whether the gesture remains or is stopped.

A final decision will be announced before Crystal Palace and Arsenal kick off the new 2022-23 season at Selhurst Park on Friday evening.

Palace’s Wilfried Zaha became the first Premier League player to announce that he would no longer take a knee as he said it is “degrading”.

Zaha said in February 2021: “I feel like taking a knee is degrading.

“Growing up, my parents just let me know that I should just be proud to be black, no matter what, and I just think we should stand tall.

“I think the meaning behind the whole thing is becoming something that we just do now. That’s not enough. I’m not going to take the knee.”

Chelsea’s Marcos Alonso said in September 2021 that he stopped the anti-racism gesture because it “lost its strength”.

“I am fully against racism and I’m against every type of discrimination,” said Alonso.

“I just prefer to put my finger to the badge where it says No To Racism, like they do in some other sports and football in other countries.

“I prefer to do it this way and, of course, to say very clearly that I am against racism and I respect everybody.” 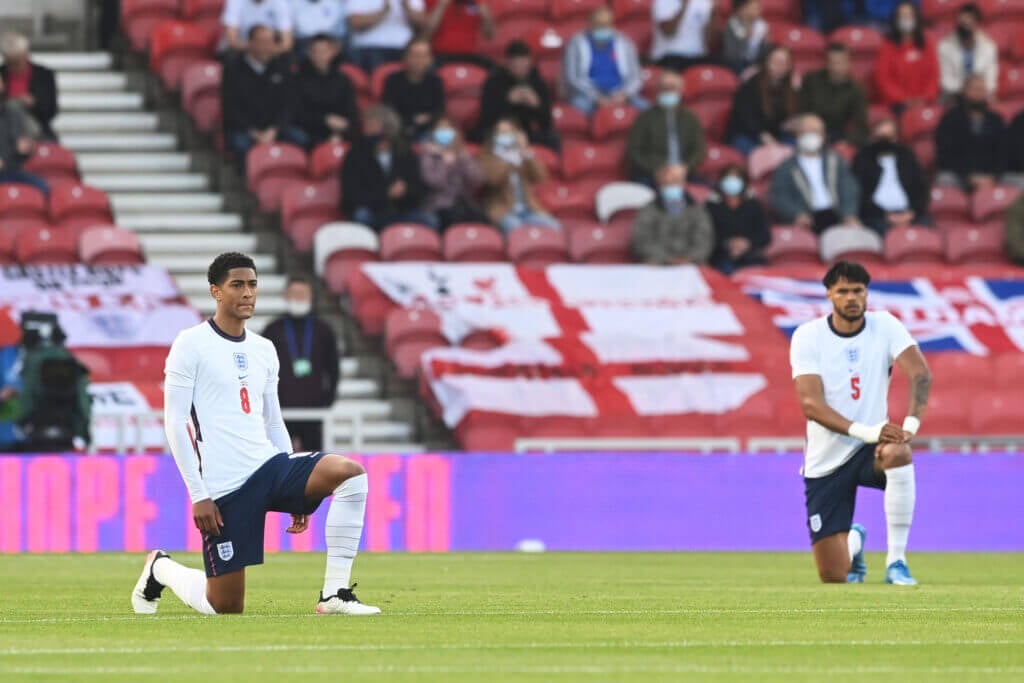 ‘Why should I support violence?’ Busting myths on taking a knee