Ranking the conference’s stadiums from worst to first


The SEC is home to not only some of the strongest football teams in the nation, but some of the most dedicated fans. All 14 teams, soon to be 16, have their own home fields and the stadiums in which those fields reside are considered a special and sometime sacred place to many fans.

Recently our friends over at UGA Wire ranked all 14 SEC college towns. We decided it’s time to dig a little bit deeper and rank the stadiums within those towns.

Whether it be a daunting setting that hosts over 100,000 people in Baton Rouge, Louisiana or a smaller horseshoe stadium that offers the visiting team a home field advantage is Nashville, the SEC has a wide variety of stadiums.

Here’s how we rank them. 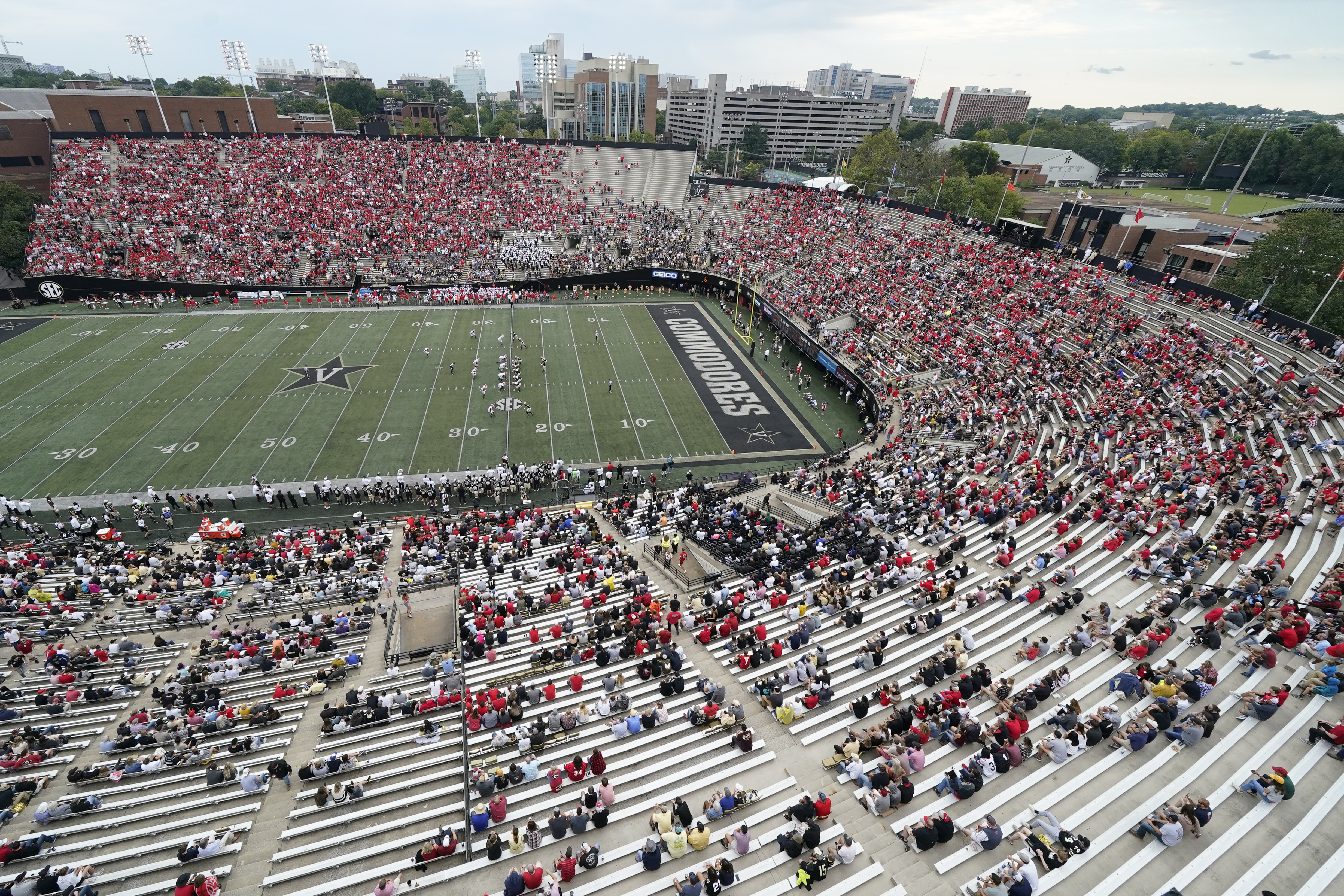 Vanderbilt fans are probably used to this. Hopefully someday soon it will change. The unique horseshoe, amphitheater style is definitely interesting to look at. However, it just doesn’t come close to matching the epic homes of other teams in the conference. Renovations are reportedly soon coming, which might spruce things up a bit. For now, the program should focus on filling the stadium, new or old, with Vanderbilt fans rather than visiting team fanbases. 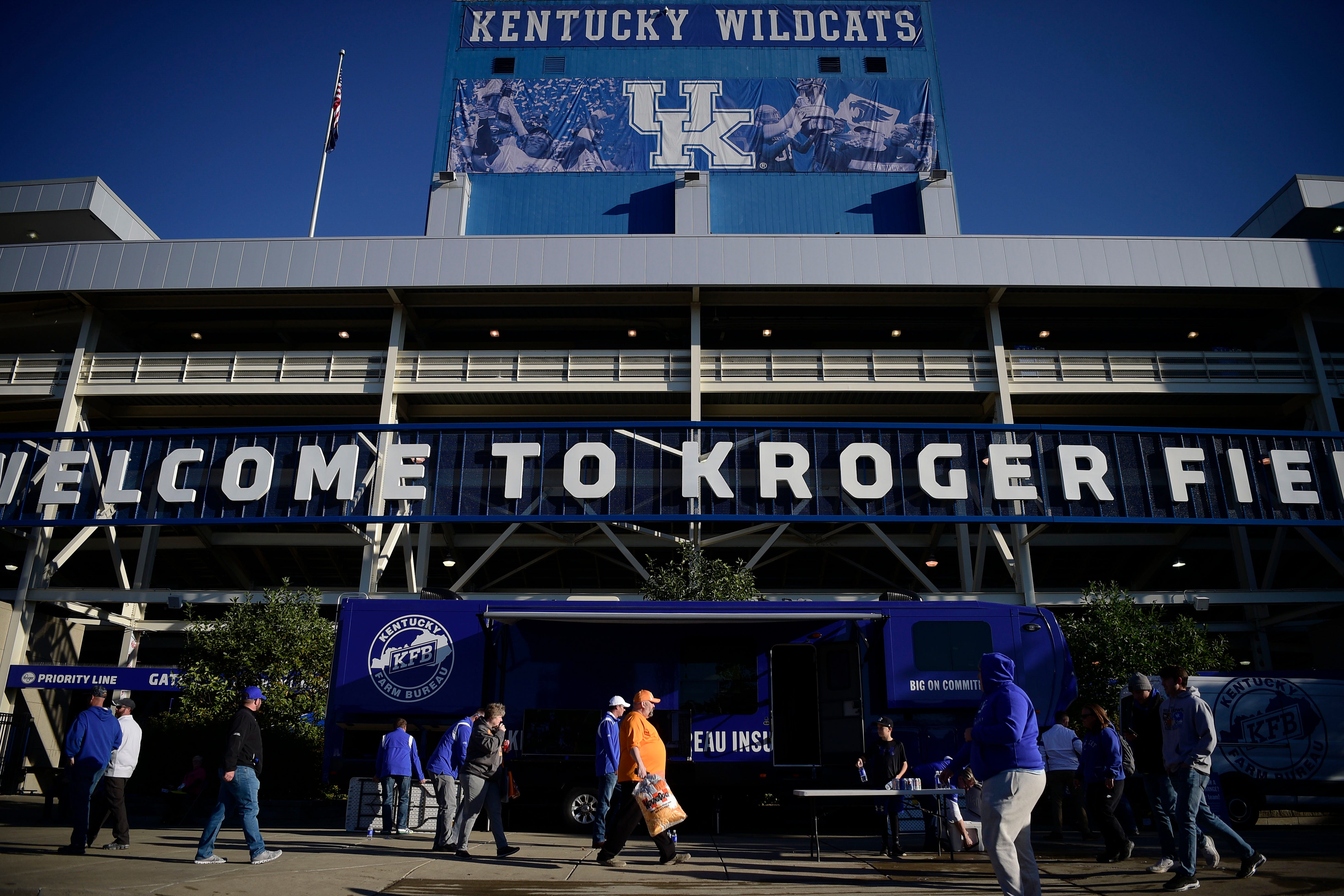 Kentucky has a program that always seems to stay relevant in the first half of the season and then tail off. Remaining a top-three team in the SEC East should be the program’s main focus. While there’s nothing necessarily wrong with Kroger field, it just doesn’t have anything unique to it. The capacity sits at just over 60,000, which doesn’t come close to rivaling the Wildcats’ in-conference counterparts at over six figures. 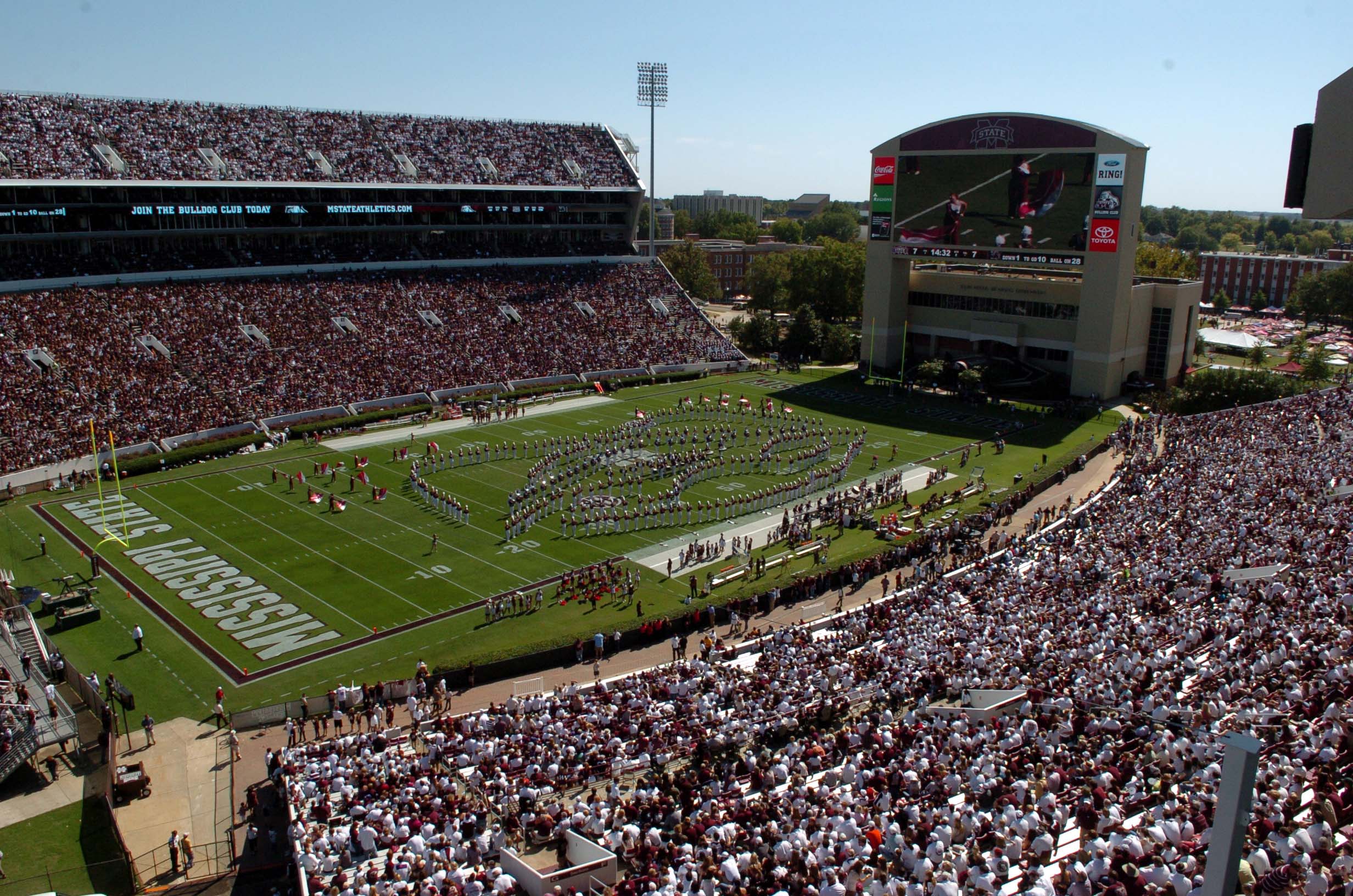 Cowbells, cowbells and even more cowbells. Can you get enough? The answer is aways no at Davis-Wade Stadium. The unique layout of this stadium features a majority of the over 61,000 seats alongside the sideline with little seating along the end zones. Much like Kentucky’s Kroger Field, Davis-Wade doesn’t have anything wrong with it, but it doesn’t necessarily stand out over others. 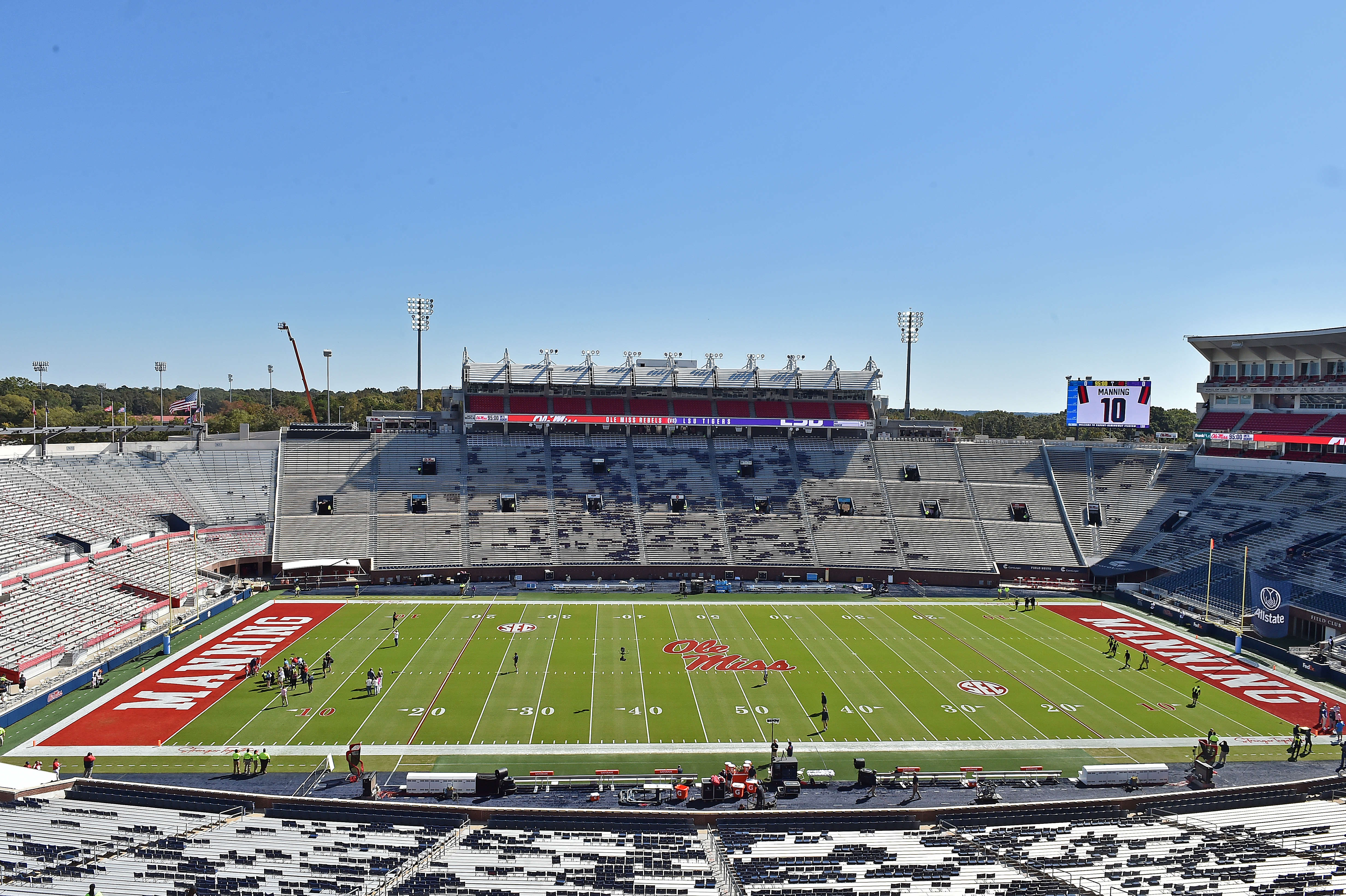 The home field of the Ole Miss Rebels is only slightly larger than the three preceding it on this list with a capacity of over 64,000. The team has proven to be competitive and the fans are on board. The stadium lacks something special and is overdue for renovations, which are in the works but are currently being delayed. 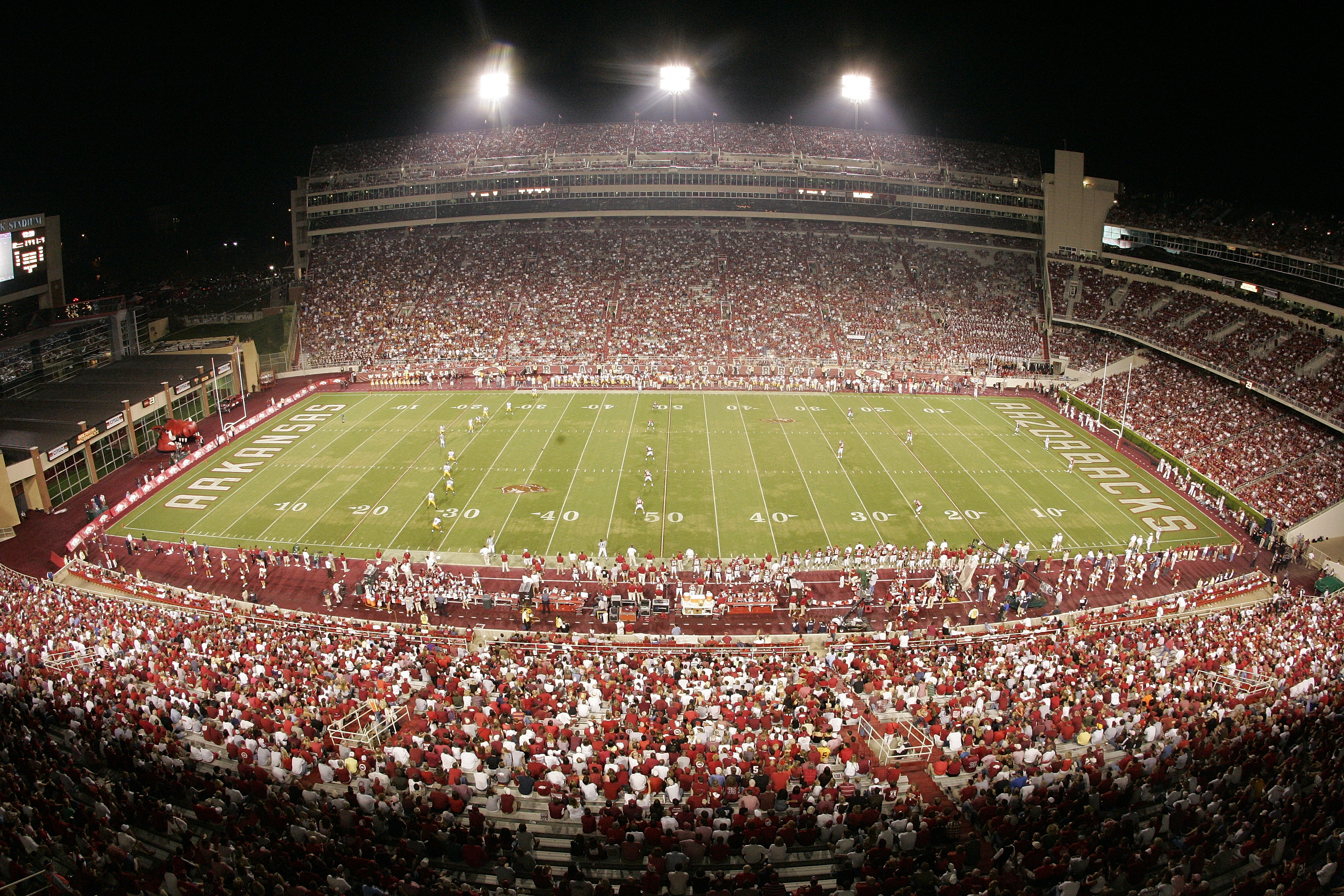 The home field of the Arkansas Razorbacks is a unique one. In a sense, it almost feels like it’s shrinking as the team gets stronger and establishes a presence in the SEC West. Overall, the 76,000+ seat stadium serves its purpose and represents the Razorbacks well. 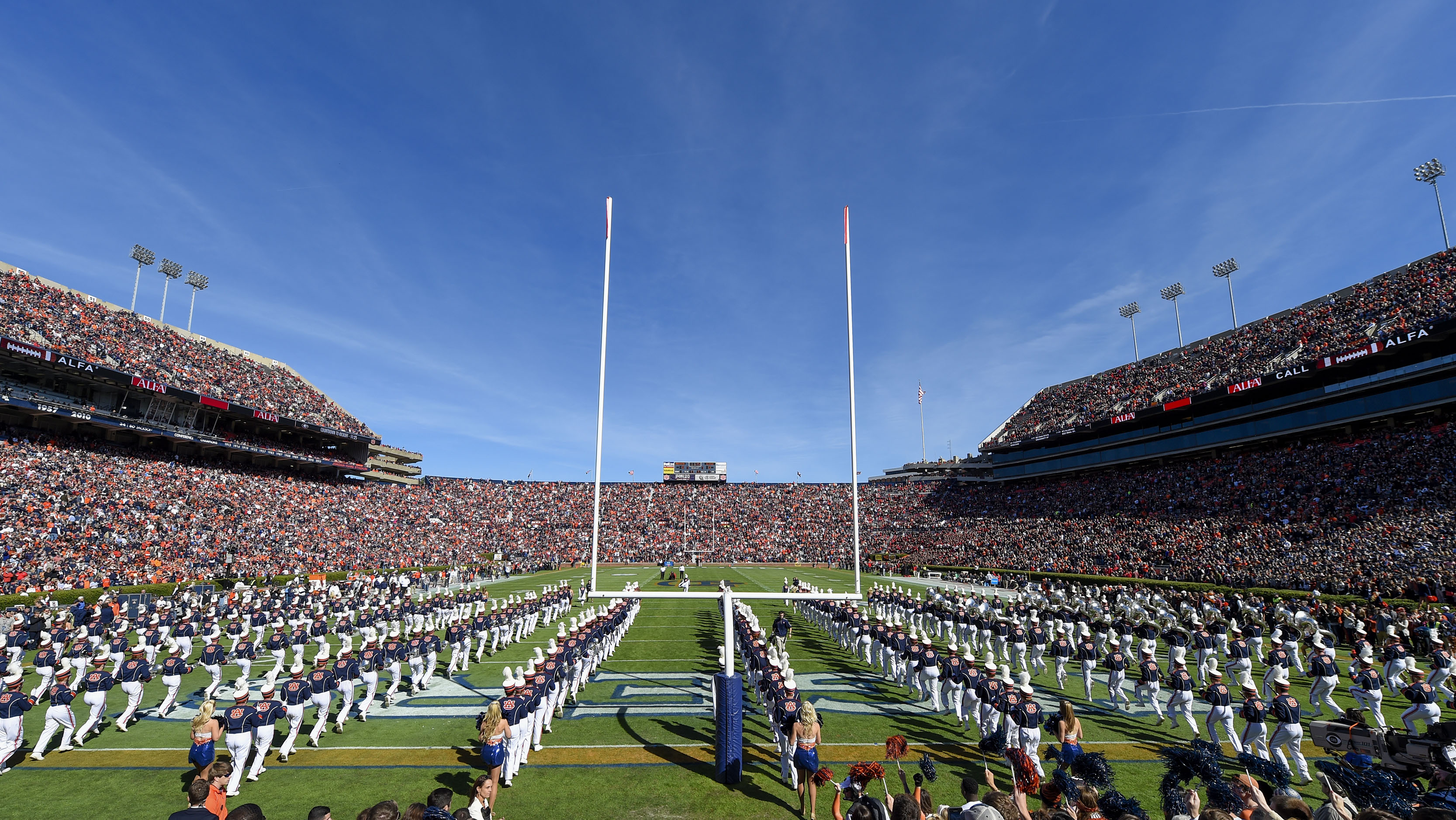 Last renovated in 2017, the home of the Auburn Tigers can hold almost 88,000 fans. The fans dictate the atmosphere at Jordan Hare. It’s plain, concrete look does not help it stand above others, which explains its spot on this ranking. Also, the whole dueling scoreboards thing doesn’t make much sense, where one one side of the stadium holds one of the nation’s biggest televisions and the other has an antiquated scoreboard. 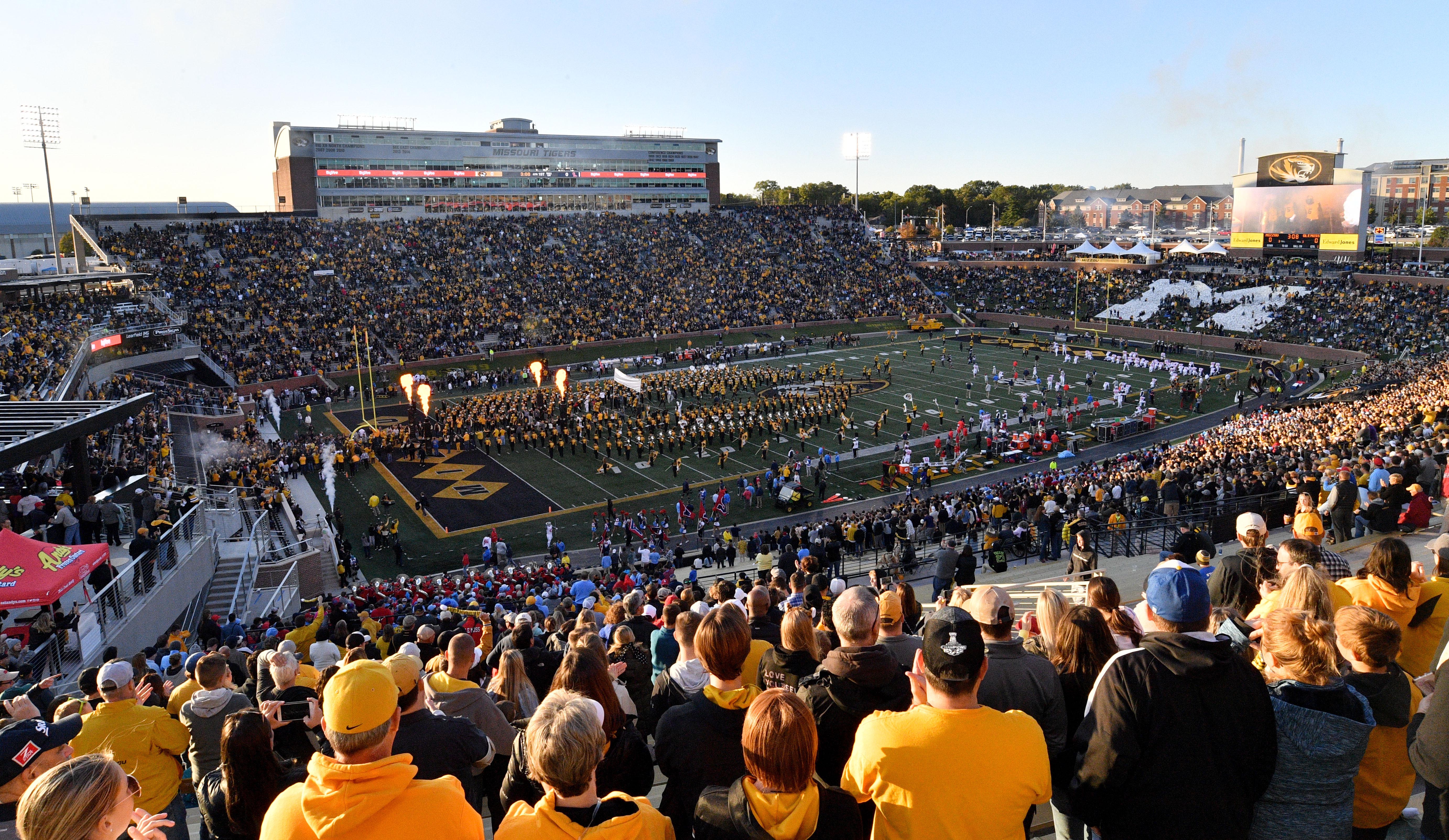 Missouri’s Faurot Field isn’t a stadium that will rival the likes of Alabama or LSU in terms of size, but it’s perfect for what it is. Missouri shows flashes of potential success in the SEC every few seasons. The fans are undeniably dedicated. The stadium, renovated a few times since it first opened in 1926, keeps the fans close to the action and offers a few unique attributes that allow it to separate from others. 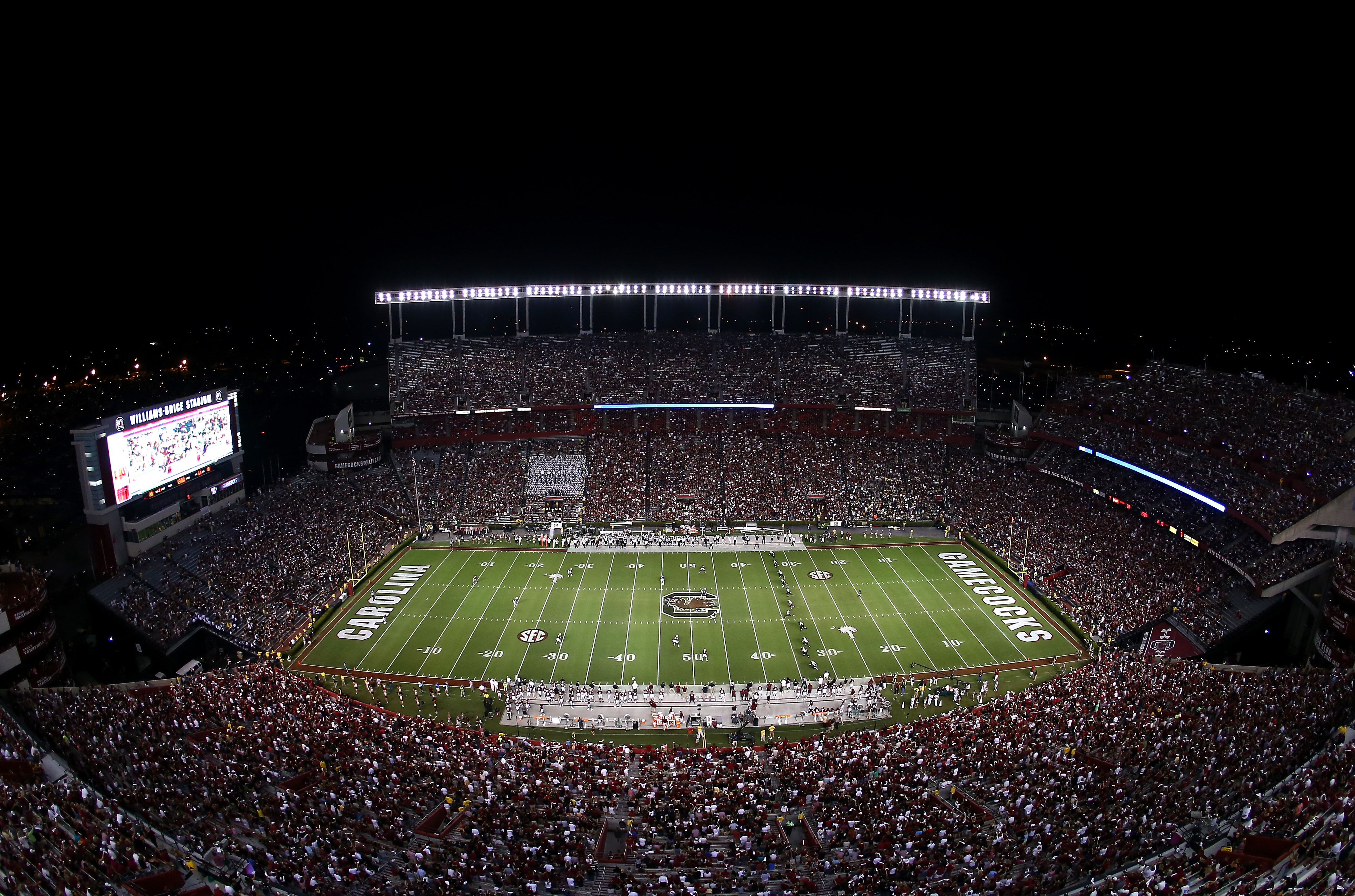 The Gamecocks have one of the most identifiable stadiums in all of college football. Williams-Brice Stadium has the size and feel of the home of a championship contender. Whether it be hearing ‘Sandstorm’ blaring over the stadium speakers or seeing the distinct overhead lights from miles away, South Carolina’s home is worth marveling at. 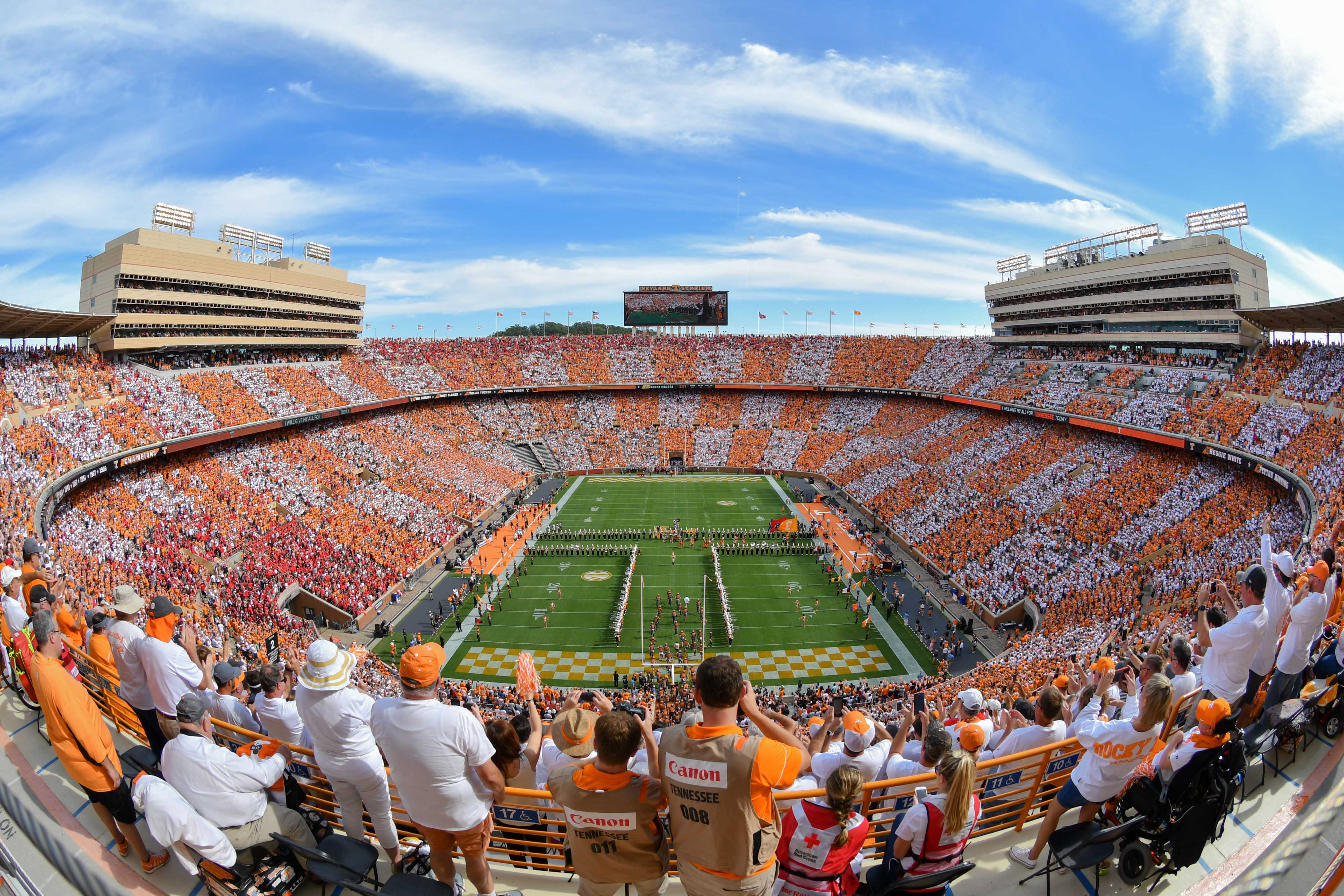 The Volunteers‘ home field is unique and historic. Since opened in 1921, Neyland Stadium has only undergone three sets of renovations, all of which have been within the last 20 years. The excitement fans bring to the stadium certainly boosts the atmosphere, but the standalone stadium as an architectural structure is different. it has no breaks in the seating, looking similar to a NASCAR track, it just loops all the way around. 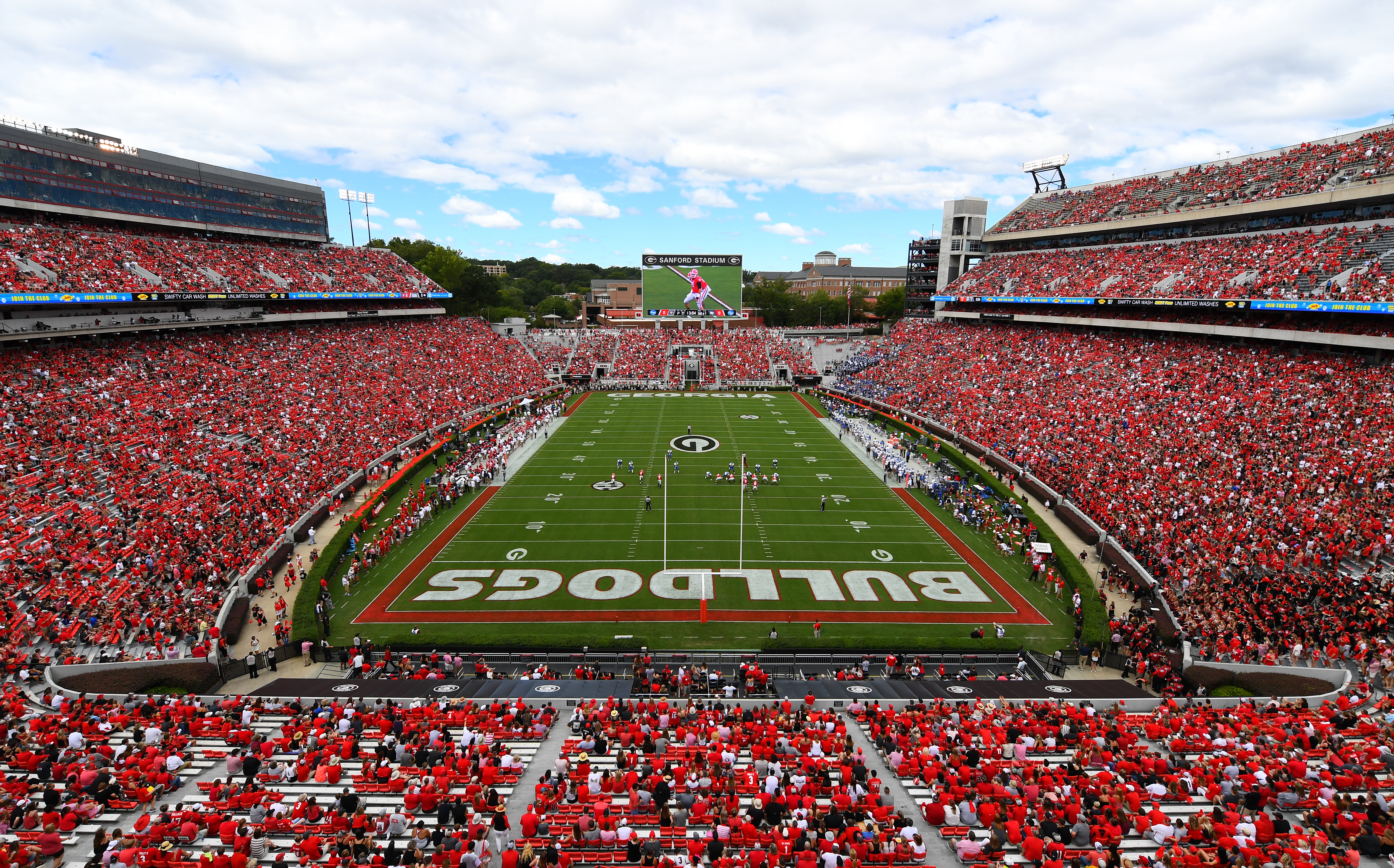 The Dawgs in Athens, Georgia have a 92,000+ seat home in Sanford Stadium. The atmosphere there is electric because of the program’s truly dedicated fans. Not to mention the historic value of the stadium and the two hedges the players have the privilege of playing between. 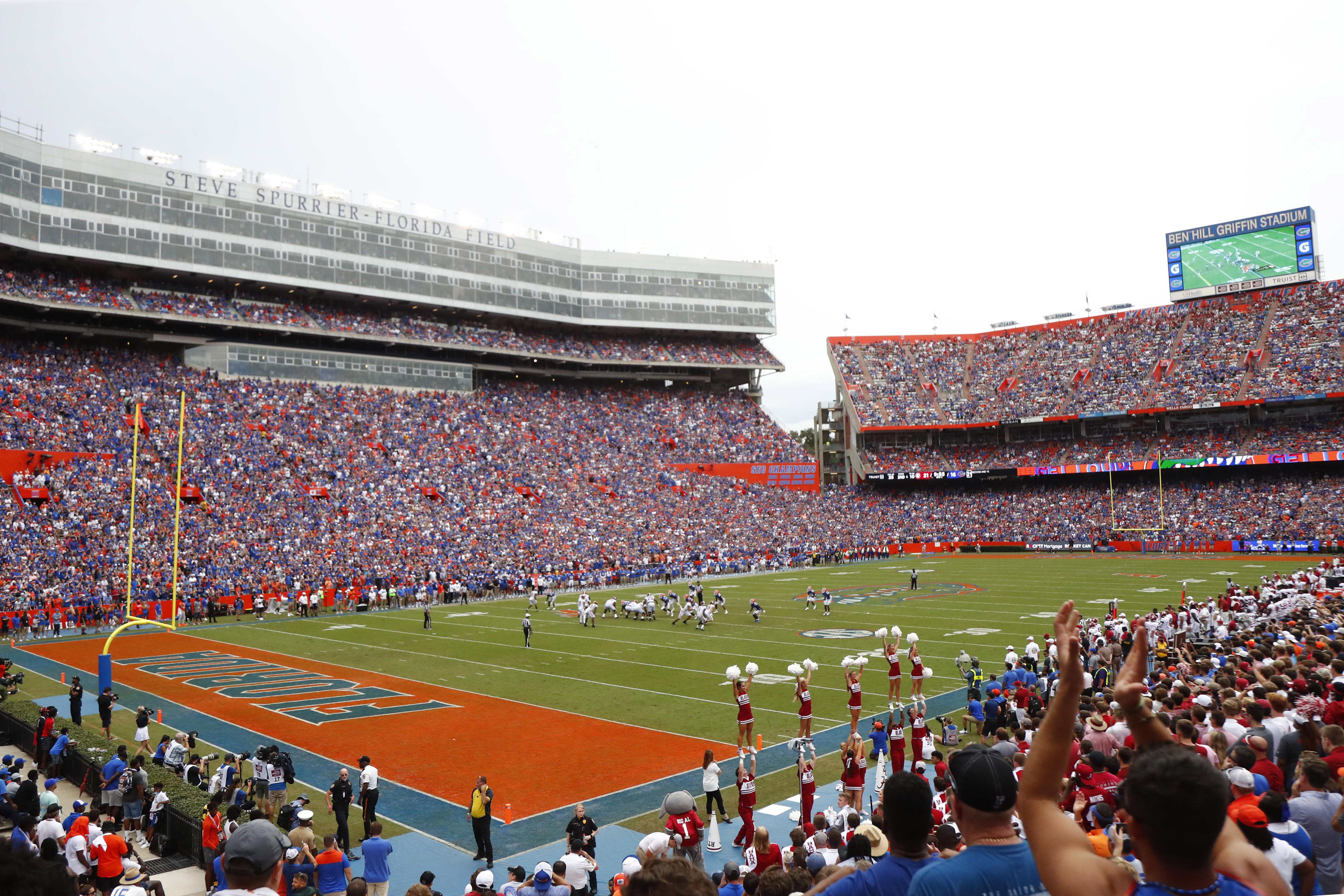 The Gators‘ home of Ben Hill Griffin Stadium, also known as ‘The Swamp’, is legendary. The memorable games that have been played there, the all-time great who took the field and the excitement fans bring make it a top-five stadium in the SEC. One of the distinguishing factors of The Swamp is the use of the teams colors all around the stadium. While other programs do this, too, the blue and orange pop out and catches the eyes of fans in the stadium and at home. The home of the Crimson Tide: Bryant-Denny Stadium. A home field advantage so significant, fans almost always expect their favorite team to lose before kickoff, and the stats back it up. With a seating capacity of over 101,000, Bryant-Denny Stadium could hold the entire population of the city of Tuscaloosa and still have room left for a thousand more people. It’s a daunting place for visiting opponents and one of the pillars of college football overall. 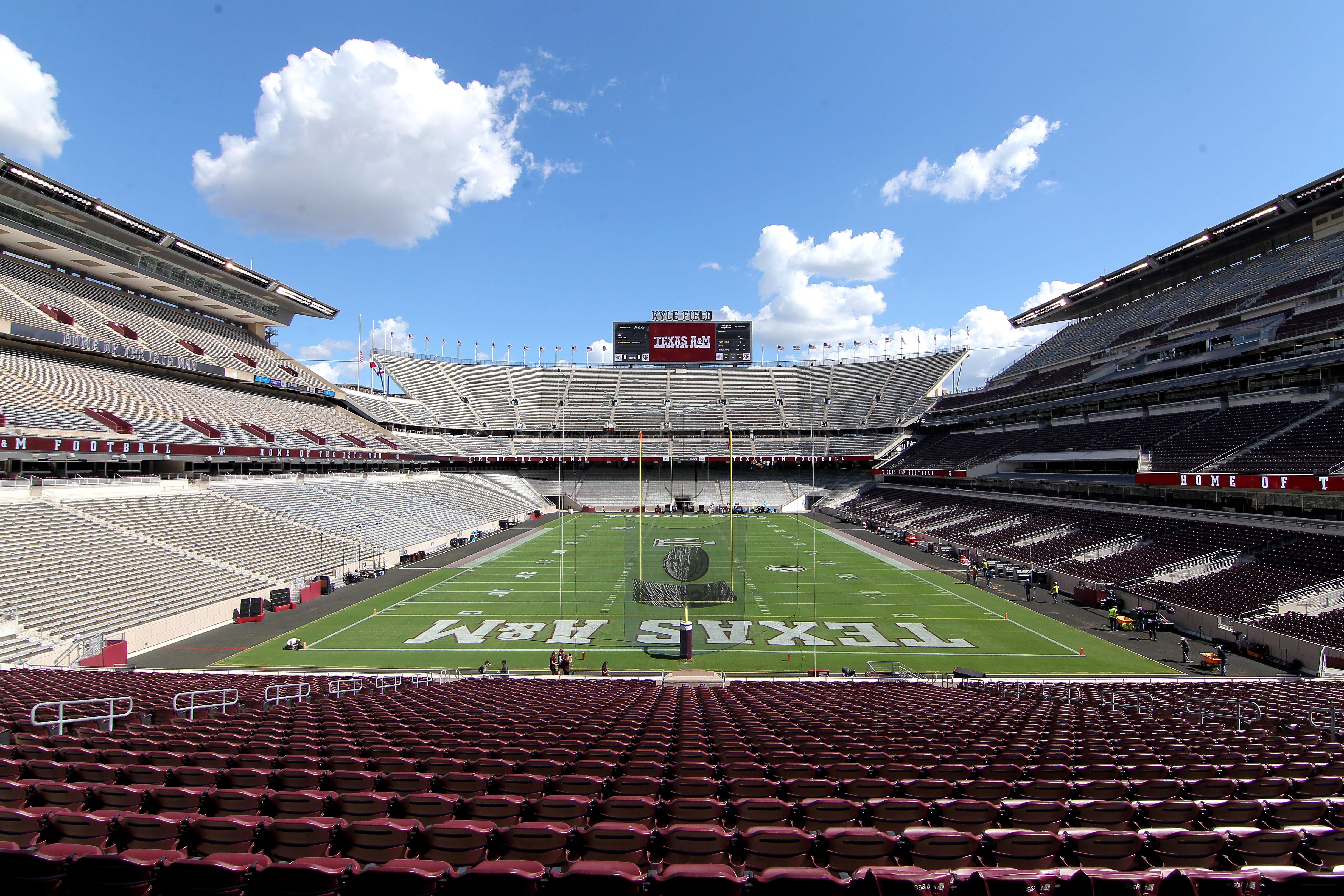 The Aggies have the 12th man, which they only get at home in Kyle Field. As Alabama experienced during the regular season last year, Kyle Field is worth the hype. The fans are quite literally influencing the game as it’s being played. The design of Kyle Field makes it look massive, despite only holding just a thousand more fans than Alabama’s Bryant-Denny Stadium. 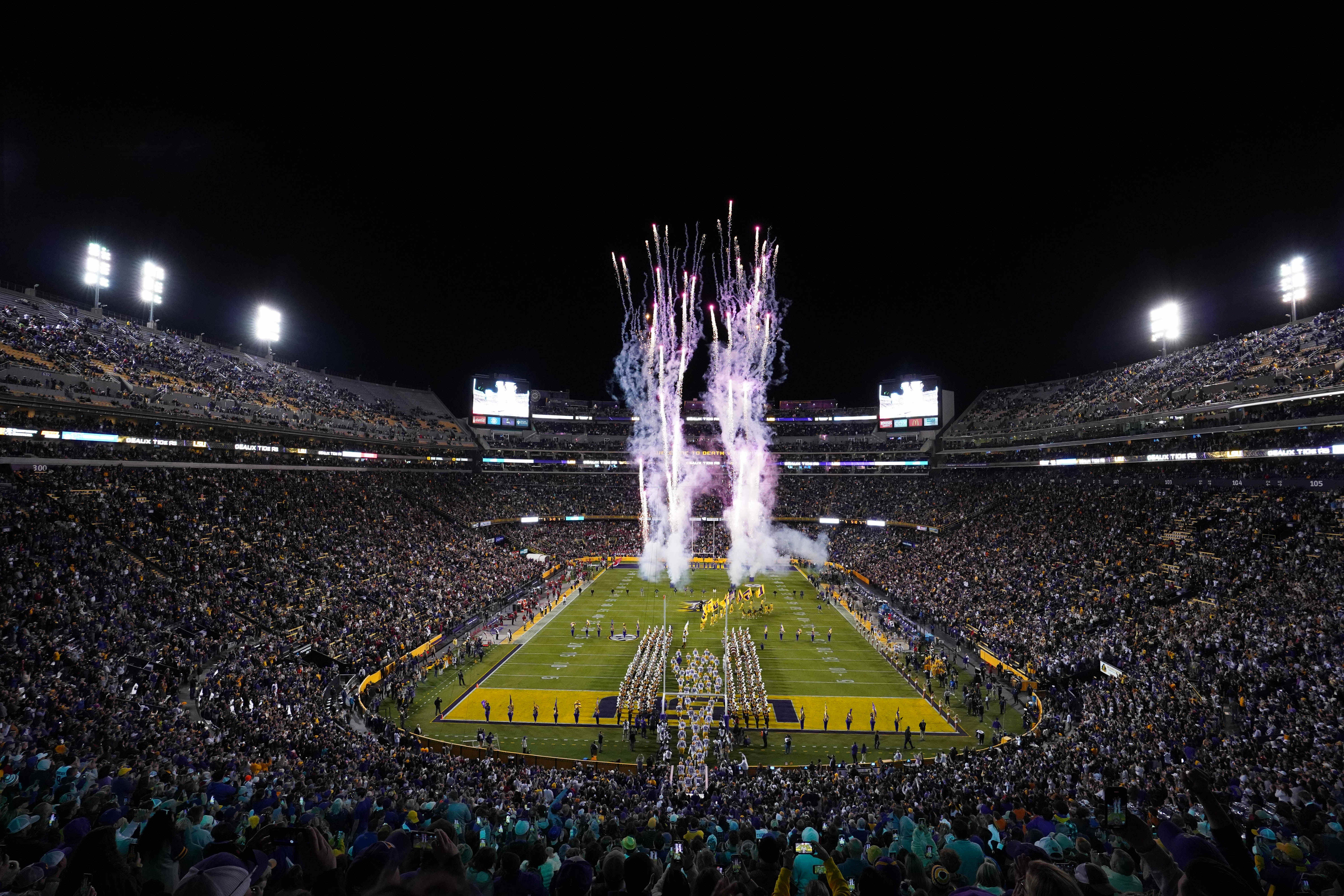 ‘A night game at LSU’ is a phrase often said with fear by the fans of visiting opponents. The 2019 LSU team ravaged every program on its schedule, the two years since then have not gone well for LSU. However, even without a dominant team, you can bet the fans will show out in numbers for a night game in Baton Rouge.