MANCHESTER UNITED only have a ONE PER-CENT chance of winning the Premier League title this season – according to a supercomputer.

The Red Devils have invested heavily in their squad this summer to end their near ten-year wait to return to the summit of English football.

But a supercomputer has ruled all but ruled out the possibility of the Premier League title returning to Old Trafford next May.

FiveThirtyEight’s supercomputer has predicted that Erik ten Hag’s troops will end the season in sixth place with 57 points to their name.

The computer’s analysis of United’s form has also given them an 18 per cent chance of qualifying for the Champions League.

United are in line to be pipped to fourth and fifth place by Tottenham and Arsenal, who are expected to finish the season with 66 and 61 points respectively. 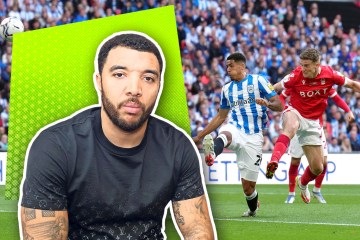 The north London duo’s chances of winning the league make for grim viewing for their fans, with the supercomputer giving them five and two per cent chances of Prem glory.

Chelsea are expected to end the season in third place behind last season’s runners-up Liverpool, with the duo amassing 72 and 80 points respectively.

Their chances of winning the league are considerably higher than United and Arsenal’s, with the supercomputer giving them 11 and 30 per cent chances of being crowned champions of England.

Defending champions Manchester City, unsurprisingly, top the table with 85 points and a 48 per cent chance of retaining their title.

Despite huge investment from the Saudi Public Investment Fund, Newcastle are expected to finish the season in 13th place with 47 points to their name.

The Magpies have, however, been given a 76 per cent chance of beating the drop.

The table makes for grim reading for newly-promoted Fulham, Bournemouth and Nottingham Forest.

The trio have all been tipped to go straight back down a mere year after returning to the top flight of English football.

Fulham are expected to finish in 18th place with 36 points to their name – four points behind 17th-placed Southampton.

It’s been calculated that Bournemouth will finish with the same number of points but will end the campaign in 19th on goal difference.

And Forest are expected to finish their first top-flight season in nearly 30 years rock bottom of the league with 35 points.

The new Premier League season will get underway on Friday evening.

Champions League-chasing Arsenal will kick off the new campaign with a tricky trip to Selhurst Park to take on Crystal Palace.