David Thompson has insisted that Benfica star Darwin Nunez is only worth a fee in the €40m range despite suggestions that the Portuguese giants want €100m for him.

The Uruguayan is among the most highly sought after stars this summer with the transfer window set to open on Friday, and he has attracted interest from the likes of Manchester United and Liverpool.

There were claims that the Reds offered Benfica €100m for Nunez’s services as they look to reinforce their attack but no such offer has gone in from Liverpool. 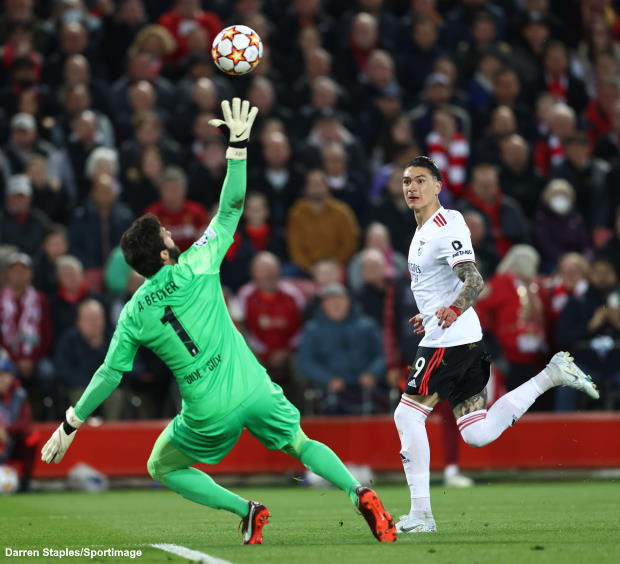 Former Liverpool star Thompson has insisted that even though Nunez had a good season, he is not worth the mammoth fee Benfica have been demanding for him this summer.

He stressed that Nunez is worth around €40m and should also be allowed to develop as a player wherever he plays next season.

“Darwin Nunez was available at the start of last season for €30m”, Thompson wrote on Twitter.

“Liverpool and Wolves were very keen but not for €85m.

“He’s had a good season but that’s just silly.

Liverpool have enjoyed success with their latest acquisition from the Portuguese top flight in the shape of Luis Diaz, who joined them from FC Porto in January and it remains to be seen whether Nunez follows the Colombian through the door.