Why the Europa League final could be financially transformative for Rangers

Cristiano Ronaldo told he can leave Manchester United in January


Jon Dahl Tomasson raised an eyebrow and angled a smirk as he delivered a line designed to wind up Rangers before the second leg of their Champions League play-off in August.

“You guys are pretty smart. I’m sure you’ll figure it out.”

The Swedish side dumped Rangers out and got their hands on the crucial cash. Elimination deprived Rangers of that transformational income but, if that was an early blow in the season, then the 2-1 defeat to Celtic in April was the moment it became clear that Celtic were going to reclaim the league title and secure automatic qualification to the Champions League group stages.

With the champions now earning straight entry into the group stage, with Scotland ninth in the UEFA country coefficient rankings, missing out on that fast-track route should be doubly excruciating. Especially when you consider it is Rangers’ remarkably consistent form in their 63 European games since 2018 that has boosted Scotland so greatly. 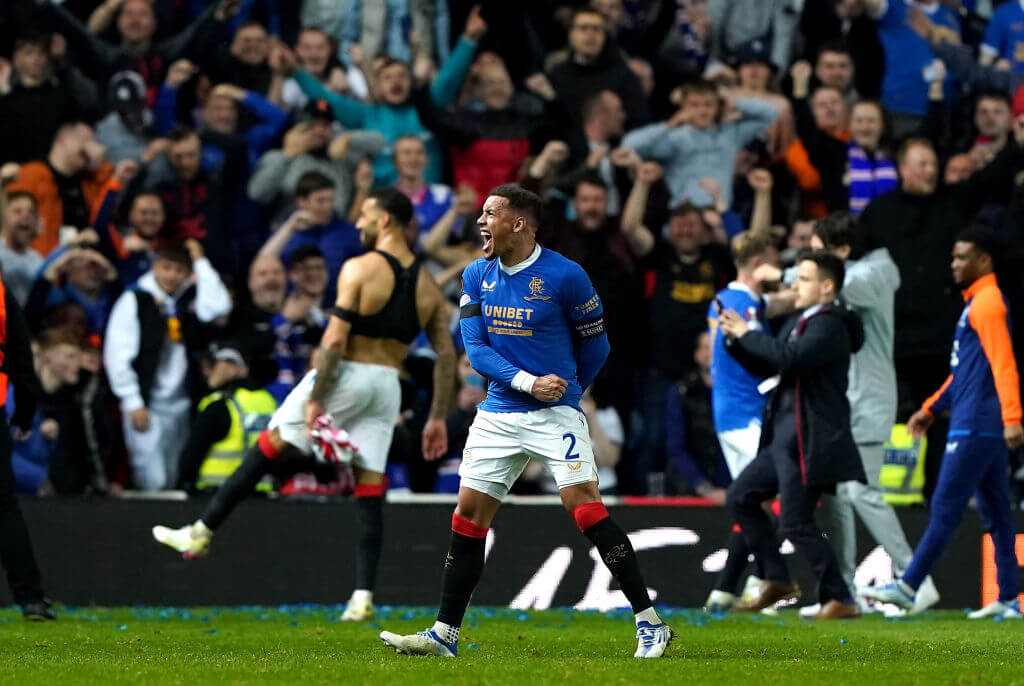 But at Ibrox on Sunday, as Rangers beat Dundee United 2-0, the atmosphere was anything but one of sorrow or with fear of destitution in the air.

The fans were still high from the adrenaline of Thursday night when they witnessed the greatest home match in 50 years as RB Leipzig were beaten to secure a place in the Europa League final.

Football is fundamentally still about glory and silverware, but the final against Eintracht Frankfurt could do more than deliver the club’s second European trophy or partly overshadow Celtic’s title win. Victory would also mean that the damage from losing the domestic shootout for Champions League finances is wiped out completely.

Football finance expert Kieran Maguire says that for every £1 available to be earned in the Europe League, there are £5 in the Champions League, but he also estimates that Rangers going as deep as possible into Europe’s second club competition has already matched what losing every game in the group stage of the Champions League would be worth.

The prize money in this year’s edition of the Europa League rose by 10 per cent, with the maximum total the winners could earn — excluding market pool and coefficient payments — increasing from €21.3 million to €23.4 million.

In recent seasons the revenue generated from the Europa League has been pivotal to Rangers being able to invest in their squad. In 2019, after Steven Gerrard guided Rangers through four rounds of qualifying to the group stage, they brought in £14.3 million, which equated to almost 75 per cent of the club’s total £20.5 million revenue total.

The following year it was £20.7 million as they reached the last 16, while last year — despite reaching the same stage — it fell to £11.2 million due to COVID-19 virtually wiping out match-day income.

This Europa League run has already been worth around €18 million in participation fees alone but that number does not tell the true worth of reaching the final.

For coming through the Alashkert play-off, Rangers earned €3.63 million as a base fee for group stage participation. Two wins and two draws from their six games against Lyon, Brondby and Sparta Prague netted them a further €1.66 million and finishing as runners-up in the group was worth €550,000.

With each knockout round the sums involved grow. Reaching the round of 16 was worth €1.2 million, the quarter-finals €1.8 million, the semi-finals €2.8 million and the final in Sevilla €4.6 million.

That is a total of around €16.7 million but winning the final would trigger another payment of €4 million as well as two additional sources of revenue from the UEFA Super Cup and next season’s Champions League.

Rangers or Frankfurt will take part in the Super Cup where they will face either Liverpool or Real Madrid at the Olympic Stadium in Helsinki on August 10. That will net them a further €3.5 million and, should they win, another €1 million will be on its way.

In addition to the prize money, there is a fixed fee paid based on coefficient ranking. The 32 teams that form the eight groups are listed in order of their 10-year coefficient points haul, with a €70 million pot divided into “shares” worth €132,000. The lowest-ranked team will receive one share, while an additional share will be added at every stage above, with the highest-ranked team receiving 32 shares at €4.2 million.

The placings are based on the figures at the start of the season so Rangers were in 26th place and therefore merited seven shares, totalling €924,000.

The final strand of revenue comes from the market pool, even though it has become less important after the introduction of 10-year coefficient payment four years ago. It is money distributed in proportion to the value of each country’s TV market and is split among the representative clubs.

Rangers benefit from the fact that UK broadcaster BT Sport is paying more for rights than any other broadcaster as that translates into increased payments, while Scotland also receives 10 per cent of the overall British TV pool.

The first half of the money is based on the performance of the clubs in the previous domestic season but, as the domestic cup winners St Johnstone didn’t make the group stage, both Rangers and Celtic split this money equally.

Where Rangers will be laughing their way to the bank, though, is that they have hosted nine home games from Malmo to Leipzig. It is estimated that a match day brings in over £1.5 million so Rangers have at least another £10 million to add to the pot, before any bonuses included in commercial or sponsorship partnerships.

But by far the biggest financial bonus from winning the tournament would come via the winners gaining direct entry to the Champions League. It would be the first time Rangers were back in the competition in 11 years and would see them receive €15.6 million for participating in the group stage.

Performance-related payments are then worth €2.8 million per win and €930,000 per draw. Qualification for the round of 16 is worth €9.6 million, which grows each round thereafter.

It would effectively wipe out the financial advantage Celtic would be set to gain from qualifying straight into a group and, along with an estimated total earnings of £30-35 million from this year’s extended Europa League journey, would repair the lost earnings from failing to qualify through the front door at the last two attempts.

The only payment Rangers wouldn’t receive as Europa League winners would be the first half of the market pool due to not qualifying from their domestic championship.

The last time both Celtic and Rangers were in the Champions League group stage was in 2007-08 so it would be significant for Scotland in retaining their spot in the coefficient table and in attracting a certain calibre of player.

Champions League cash is the thing that swings the financial pendulum in one team’s advantage in Glasgow, as seen when Celtic earned over £30 million from the competition in 2017-18 to help break through the £100 million revenue barrier.

There are not many seasons in which both halves of the Old Firm end up happy but this could be the exception, with Celtic destined to win the Premiership to go with League Cup, and Rangers with two finals of their own this month.