Wolves’ Matheus Nunes – from the bakery to the Premier League, the amazing rise


The day started at 5am. Matheus Nunes would switch off his alarm, wolf down some breakfast, and hop on his bicycle. A few minutes later, the hard graft would begin. No rest for the wickedly talented.

Nunes was playing for Sporting Lisbon’s under-23 side, dreaming of breaking into the first team. But this was not some crack-of-dawn fitness regimen designed to boost his chances. It was a bit more mundane than that — less Rocky, more rocky road. Every morning, while his team-mates slept, Nunes clocked on for a shift at his local bakery.

There, among the pasteis de nata, he had time to reflect on his journey to that point — on his early childhood in Brazil, on the trials that led nowhere, on his years spent playing in Lisbon’s district leagues, a world away from Portuguese football’s traditional talent factories.

He was 20 when Sporting took a chance on him; he felt like he had won the lottery. But he didn’t give up his other job until he was sure he didn’t need it anymore.

“The bakery showed he was different to most players who never experience anything beyond football,” says Alexandre Santos, one of Nunes’ early mentors. “He was really mature and he valued what he had. He wasn’t in a rush to reach the highest level.”

The highest level, though, seems pretty set on reaching him. Over the last two seasons, Nunes has emerged as one of Europe’s most promising young midfielders, winning fans at Sporting and beyond with his craft and dynamism. 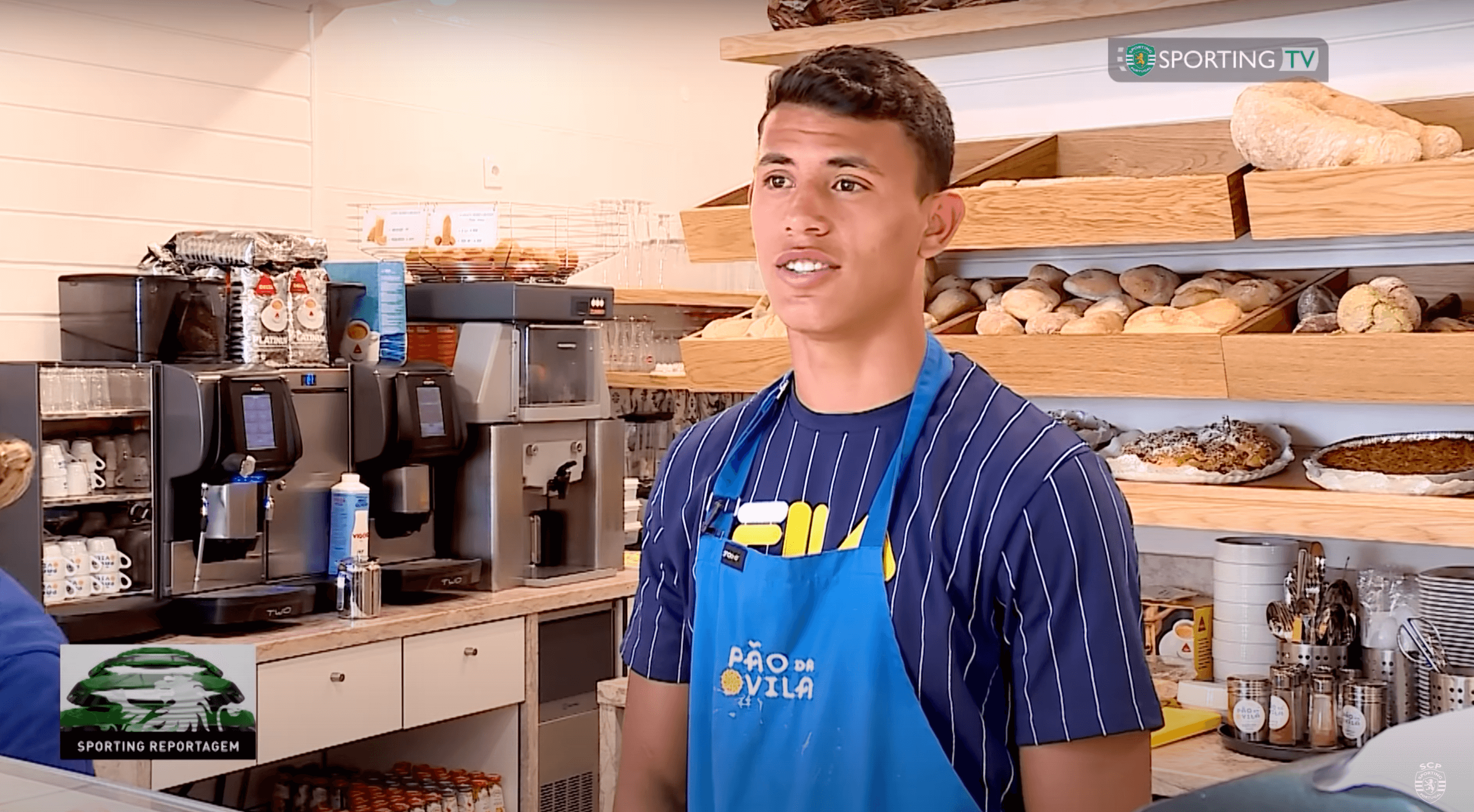 Pep Guardiola may have been exaggerating just a touch when he called him “one of the best players in the world”, but giddy excitement has followed Nunes’ every step in recent months. There have been comparisons to Xavi and Andreas Iniesta, and starry-eyed headlines (“Saint Matheus”) in the Lisbon sports pages. Brazil and Portugal engaged in a public arm wrestle for his services.

Now, after a club-record £38million ($46m) deal, Nunes is a Wolves player. Those who know him best believe he is perfectly suited to Premier League football. They also expect the bakery boy to rise further yet.

Nunes could have moved to England in 2016. Leicester invited him over for a week-long trial after being impressed by a video of him playing for Ericeirense, his local team.

Ruben Franco, his coach at the time, accompanied him and thought he had done well enough to be offered an academy place. But Nunes never heard back. “That was the year Leicester won the title and everything was crazy,” Franco told Portuguese website MaisFutebol. “Maybe they didn’t give him the attention he deserved for that reason.”

It was not the only false dawn. Nunes also trained with Lille, Braga and Benfica; none of them fancied him. A move to third-tier Oriental fell through. So he remained with Ericeirense, playing in front of a few hundred fans each week, until just before his 20th birthday.

In the end, it was Estoril — based just down the coast, near the tourist beaches of Cascais — who took a chance on him. There, he bounced between the under-23s, managed by Santos, and the first team. When Santos moved to Sporting, he recommended Nunes to the club’s scouting department.

“He had no history of playing for a big club, and did not have the football education that most top players have,” Santos tells The Athletic. “But he had a lot of natural ability. And if he was that good without any kind of formal development…”

Santos thought Nunes could “explode” with the right coaching. Jose Chieira, Sporting’s head of scouting and recruitment at that time, agreed. “He was quite a late developer compared to the other kids we had,” Chieira tells The Athletic. “At the same time, he had everything you look for in a box-to-box midfielder. He could break the lines, control the play. Physically, he was a colossus.

“There were also intangible factors — the things you don’t always see at first glance. He loved to work hard and learn. He was a good listener. He wasn’t a typical leader, but he was hungry. We were optimistic that he would become a really good player.”

He did. Nunes immediately became a key player for the reserves, and while he had to bide his time for his senior debut, things clicked into place in March 2020. After a tumultuous period for the club, Ruben Amorim took over as first-team manager and pivoted to youth; Nunes was one of the main beneficiaries, starting nine of the final 10 games of the season.

2020-21 was something of a mixed bag — Sporting won their first league title in 20 years but Joao Mario’s arrival bumped Nunes down the pecking order slightly — but last season proved to be the real coming-out party: Nunes became a fixture in the side and was one of the best players in the Primeira Liga. 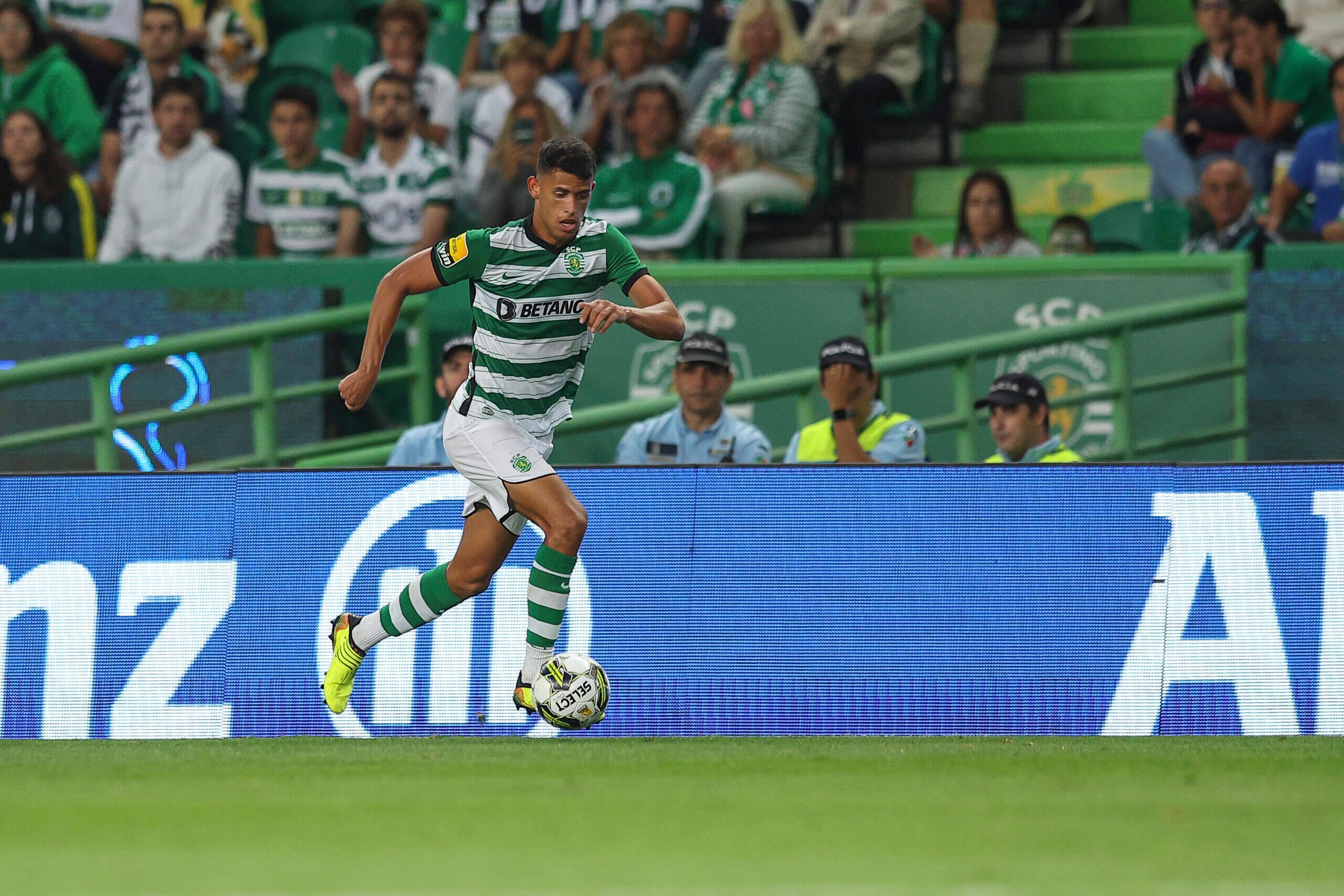 That came as no surprise to Santos, who says Nunes brings rare clarity and grace to his position.

“He always finds solutions,” Santos explains. “If he is under pressure, with opponents all around him, he will quickly escape with one or two touches and start an attack. That comes naturally to him. He has good vision and reads the game very well; often he will take three or four opponents out of the game with a couple of touches.

“He runs matches. He’s not a classic creator, but he has real technical quality. It’s about control: he plays two-touch football and makes everything look easy. He doesn’t overcomplicate things; he’s tidy.”

Santos characterises Nunes as a “modern midfielder” and believes his skill set lends itself well to English football. “The Premier League is all about speed and intensity,” he says. “It’s very vertical, and so is Matheus. He’s pragmatic and keeps things simple. He moves the ball quickly, with one or two touches. He wants to get his team on the attack quickly.”

Key to everything is his physique: Nunes is tall and rangy, but light on his feet, which allows him to cruise past opponents. Just witness his stunning assist for Paulinho in the Lisbon derby in December: the Benfica defence seemed to have everything under control, but Nunes just kind of… teleported past them.

“His other big strength is carrying the ball forward, progressing the game in that way,” says Santos. “He wins the ball back in his own area, and a few seconds later he’s on the edge of the opposition box. He has the kind of physique you don’t often find in a Portuguese midfielder. His athleticism is extraordinary. He’s got it all.”

All of which rather begs the question: why isn’t he joining one of Europe’s very top teams? “He deserves more than Wolves,” was how one experienced Portuguese journalist put it to The Athletic this week.

As always with Wolves, much can be explained by Jorge Mendes’ involvement. But there is reason to believe this move will work in Nunes’ favour. “Maybe he could have been targeted by one of the really big clubs,” says Chieira. “But I think this next step makes sense for everyone. I would say that Wolves have done a good bit of business to get him for that price. For the player, it’s a new league, and a much more challenging one, but at Wolves he will have time to adapt. There is a bit more leeway.

“The coach is also an important factor. Bruno Lage showed in Portugal that he knows how to work with youngsters. For a player who wants to develop, it’s a rational move.”

Santos agrees. “He could have gone to a team competing for titles, but context is important,” he says. “At Liverpool or Manchester City, there may not be room in the starting line-up. Think about the example of Renato Sanches. He was a standout player at Benfica and moved to Bayern Munich for a huge fee, but he didn’t play. At Wolves, Matheus has the chance to prove that he is good enough for the Premier League.

“It also suits his profile. He’s not the kind of kid who would insist on going to the best team in the world. I think he will see this as an opportunity to grow. He will have a Portuguese coach and Portuguese team-mates. It’s a good stepping stone.”

That conclusion may not immediately fill the hearts of Wolves fans with joy, but it is also an indication of just how good Nunes could be. For now, the best tactic is to sit back and watch the 23-year-old strut his stuff — to enjoy the beauty and the yeast.