With a global TV audience of millions watching on, Scotland faced World Champions Brazil in the opening game of the World Cup. Yes, that did happen although it sounds more and more surreal as the years pass without reaching football’s greatest showpiece.

That was back in 1998 in France and despite losing an early goal to César Sampaio, Scotland fought back to equalize through a John Collins penalty before Tom Boyd’s late own goal won the game for Brazil in such typical Scottish fashion. Craig Brown’s team followed that with a draw against Norway and defeat to Morocco.

It was the end of the road in terms of Scotland’s habitual appearance and first-round elimination at the World Cup. We qualified six times in seven attempts between 1974-1998, only missing out in 1994. For as accustomed as fans became of qualifying, the opposite is true today but after ending our major tournament exile last year at the Euros, Scotland are hoping to reach Qatar in November.

I was too young to really appreciate the 1990 World Cup in Italy. Probably just as well given Scotland’s defeat to Costa Rica that made the task of getting out of a group for the first time even more difficult. In 1998, I was in my early teens and football was everything. It still is today although it is also a career too. Back then I was denied the chance to go to France due to exams at school and my three uncles refusing to take me, not wanting to be burdened by their young nephew. In fairness, I am now the age they were in 1998 and I can see the other side of the argument!

Qualifying for Euro 2020 worked on many levels for Scotland. The main factor was ending our exile at a major men’s tournament but added to that, it was what it did for the country. We now believe we can qualify for the big tournaments. Kids watching are inspired to follow in the teams’ footsteps just as they were when the woman’s team qualified for Euro 2017 and World Cup 2019. Crowds are up at Hampden Park now that COVID-19 restrictions have been lifted. Fans want to engage with a good squad of players that have made the country believe again. Not many in the current squad will remember France ’98 that well – apart from goalkeepers Craig Gordon and David Marshall, who, like me, are in their late 30s. That again shows why qualifying for this tournament is both important and special. There is a generation of fans and players that can’t remember Scotland being the focus of the World as they faced Ronaldo, Rivaldo, Dunga and co in the Stade de France.

Of course, this time, we know who waits for us if we can qualify. United States, Iran, who caused problems for Scotland in Argentina in 1978 and the Auld Enemy. This would be the first meeting of the oldest fixture in international football to be played outside of either Scotland or England. The recent meeting in the Euros showed that Scotland can compete with England, who would go on to finish runners-up at the tournament, even if we didn’t win at Wembley. Steve Clarke confirms Nathan Patterson is out of their World Cup play-off semi-final against Ukraine, and delivers a message to the Tartan Army

It is all well and good reminiscing about past World Cups and how we should have done better at them but now it is about getting there.

Nobody is in any doubt about how difficult Ukraine will be in Wednesday’s semi-final. Nobody can imagine just how difficult it must be for the Ukraine players, having to focus on a football game when such atrocities are happening back home. The fact is there is a game and both teams want to win it. Scotland have to block out the understandable emotional support that Ukraine will have from many neutrals. They have a job to do and that is to get to the World Cup.

It is hard not to sound callous when writing the previous sentence because this is just a football match, it is not a matter of life or death. Ukraine want to win this to get to their first World Cup since 2006, but just taking the field at Hampden Park is symbolic enough, it shows a defiance to their Russian aggressors showing they will not be stopped and will represent their country on a global stage. Even better if they can do it at the World Cup. 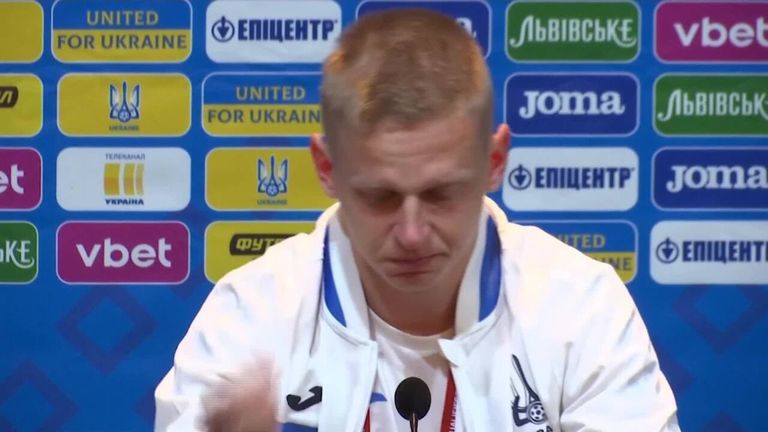 Whoever wins, they will be off to Cardiff to face Wales. Recent meetings with Wales have proved difficult for Scotland but memories of 1977 at Anfield and 1985 at Ninian Park tell a story of Scotland getting the job done even if the latter was in tragic circumstances with manager Jock Stein passing away at full time.

And with all that, the World Cup is so close for Scotland, two games between them and the biggest show on earth, but it still seems so far away.

Back in 1998, there was no Facebook, Twitter or Instagram to keep us updated and entertained. Tony Blair was still a fresh-faced and popular Labour Prime Minister and the SPL had just been created to take Scottish Football into the 21st Century. It is always good to look back. I watched Scotland’s last World Cup game to date against Morocco with my late grandfather in his social club in the North of Edinburgh. You appreciate those memories more with the passage of time.

What I also remember is him lecturing me after throwing down my Scotland scarf as Morocco got their third goal. He told me to put the scarf back on and keep supporting the team regardless. I will do so again on Wednesday night, but with a microphone in hand also.