Borussia Dortmund new boy Karim Adeyemi believes it would be good news for the Bundesliga if Sadio Mane moves to Germany, but joked he would be joining the wrong side in Bayern Munich.

Bayern Munich are chasing Mane’s signature this summer and the attacker is expected to leave Liverpool to make the switch to the Bavarians on a highly lucrative contract.

Mane is entering the final year of his deal at Liverpool and Bayern Munich are prepared to make him one of their highest paid players. 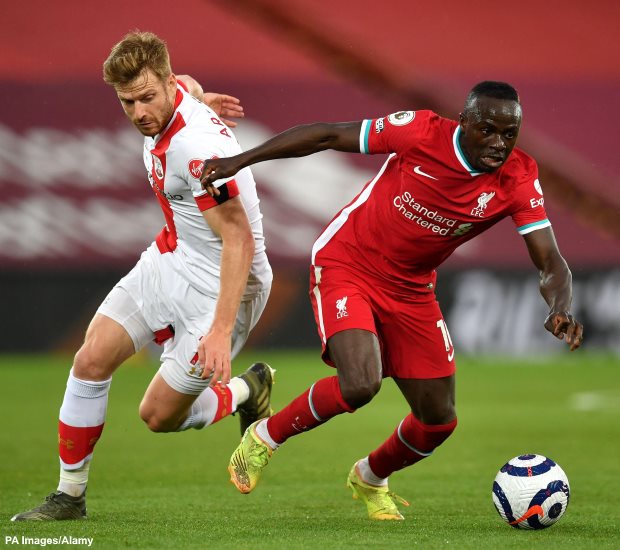 Adeyemi, who has joined Dortmund from Red Bull Salzburg, watched Mane at the Austrian club earlier in his career and knows how strong he has become as a player.

He would welcome Mane to Germany, but would rather he did not join Bayern Munich.

Asked about Mane, Adeyemi told a press conference on Thursday: “Mane is a fantastic player. I talked a lot about him at Salzburg.

“He was not that strong back then, but you can see how well he has developed.

“I see him as one of the strongest wingers in the world.

“It would be great for the Bundesliga if he played there.

“It would make the Bundesliga even more attractive.

“Only he must not sign for the wrong club!” Adeyemi added.

Dortmund are likely to have to find a way to stop Mane next season with the Liverpool attacker tipped to make the move to Bavaria when the summer transfer window swings open.